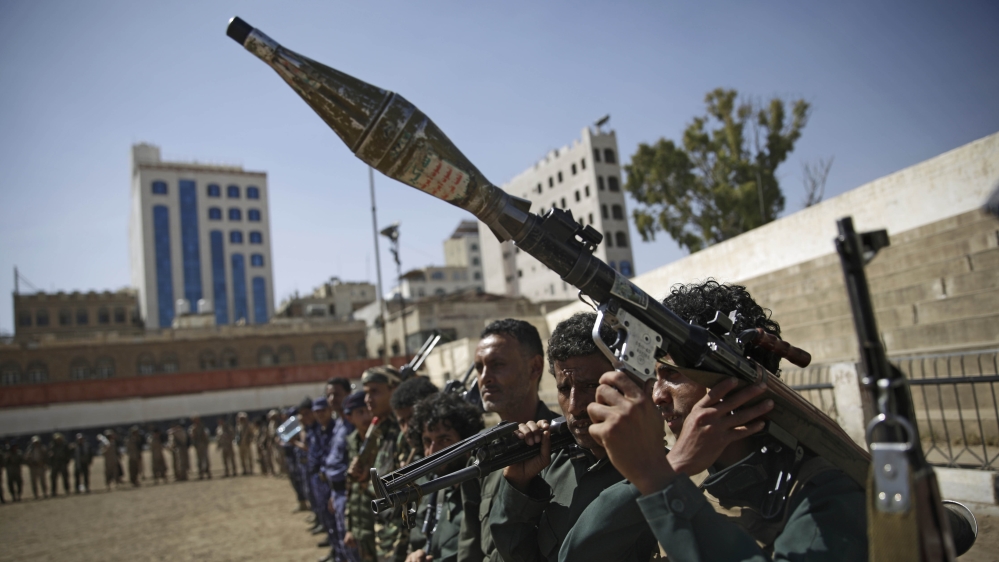 Five years since a Saudi-led coalition of Arab states launched a military intervention against Houthi rebels in Yemen, the movement continues to make advances in the country’s north.
In recent weeks the group has taken control of territory in Jawf province including its main city of Hazm, which lies northeast of the capital, Sanaa, while it has also pushed into parts of the resource-rich Marib province, the last stronghold of Yemen’s internationally recognised government in the north.
More:

The US is complicit in Saudi atrocities in Yemen

The Houthi advances against forces loyal to President Abd-Rabbu Mansour Hadi and their regional allies have come despite the financial power of the Saudi-led coalition and the continuing international and domestic isolation of the rebel movement.
Buoyed by his group’s military progress in recent months, Houthi leader Abdelmalek al-Houthi has urged the coalition, led by Saudi Arabia and the United Arab Emirates, to halt attacks.

BackPage 1 of 2Next →
In this article:After, years