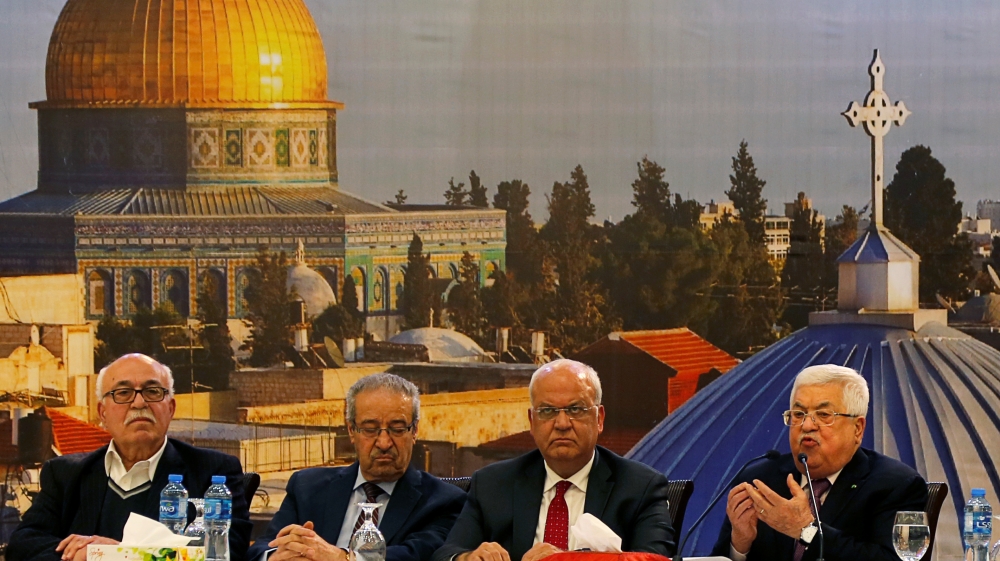 Before US President Donald Trump announced his long-delayed plan for the Middle East, Palestinian leaders had already rejected the proposal, threatening to withdraw from the Oslo Accords.
The plan presented on Tuesday, envisions the Israeli annexation of large swaths of the occupied West Bank including illegal settlements and the Jordan Valley, giving Israel a permanent eastern border along the Jordan River.
More:

The architects behind the US plan

At his announcement at the White House, Trump claimed that it would lay the foundations for a “realistic two-state solution” in the long-running conflict.
But Palestinians have denounced the proposal as utterly biased in favour of Israel, and leaders have promised to take action.
On Sunday, chief Palestinian negotiator Saeb Erekat said the Palestine Liberation Organization (PLO) reserved the right to withdraw from the Oslo Accords.

BackPage 1 of 2Next →
In this article:After, Trump's