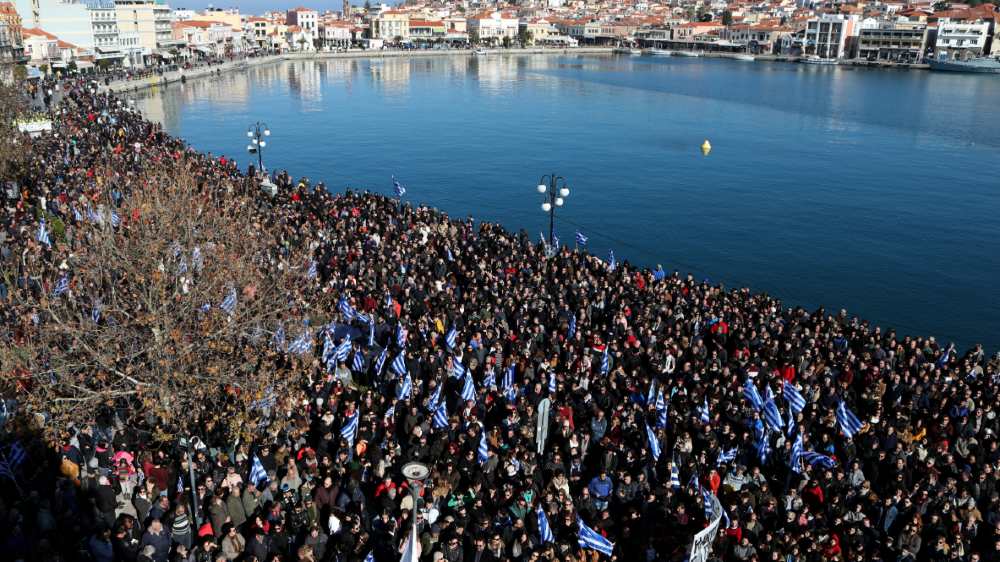 Lesbos, Greece – Following protests staged this month both by Lesbos residents and migrants against conditions at the infamous Moria refugee camp, NGOs on the Greek island are suffering increased hostility from local groups.
Accounts reported to Al Jazeera by aid workers include harassment, intimidation and in some cases violence. The incidents are indicative of escalating tensions on the island where locals, asylum seekers and NGO workers despair for the future.
More:

Seven arrested for planning to beat migrants on Greek island

Aid workers fear for their safety, but express more concern for camp overcrowding that grows more severe by the day.
More than 18,300 asylum seekers currently live in and around Moria camp, a facility built to accommodate 2,200, according to the UNHCR. Tents and ad hoc structures are stacked close by on the hillsides, forming a makeshift city whose population is now the second largest on the island, after the capital Mytilini.

BackPage 1 of 2Next →
In this article:growing, workers