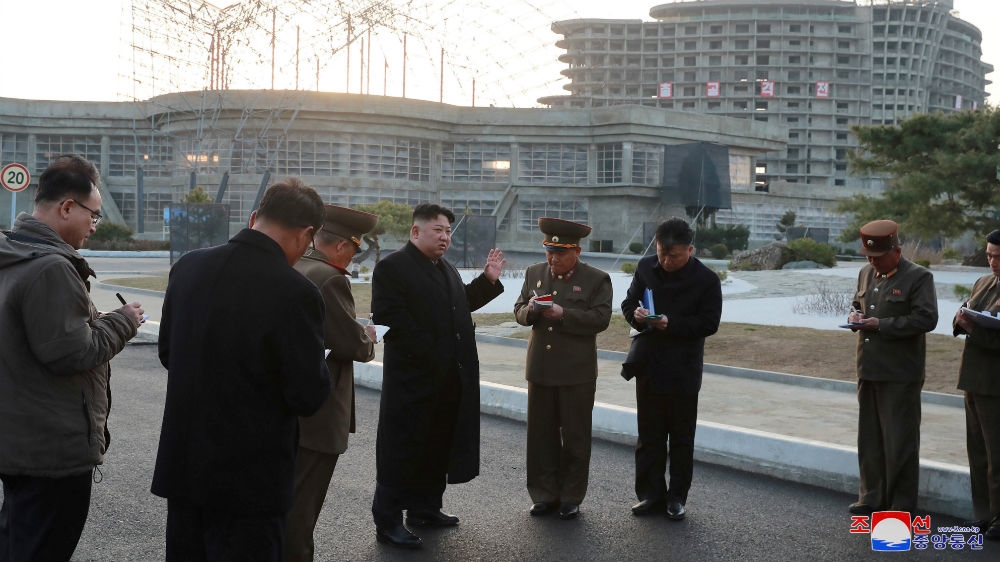 Officials in South Korea are calling for caution amid reports that North Korean leader Kim Jong Un may be ill, emphasising that they have detected no unusual movements across the border in the north.
At a closed-door forum on Sunday, South Korea’s Unification Minister Kim Yeon-chul, who oversees engagement with the North, said the government has the intelligence capabilities to say with confidence that there was nothing unusual happening.
More:

Where is Kim Jong Un? Here is what we know so far

Rumours and speculation over the North Korean leader’s health began after he did not appear at a key state holiday on April 15. He has not been seen in public since.
South Korea media last week reported that Kim may have undergone cardiovascular surgery or was in isolation to avoid exposure to the new coronavirus.

However, they did carry reports that he had sent a message of gratitude to workers building a tourist resort in Wonsan, an area where some South Korean media reports have said Kim may be staying.
“Our government position is firm,” Moon Chung-in, the top foreign policy adviser to South Korean President Moon Jae-in, said in comments to news outlets in the United States.
“Kim Jong Un is alive and well. He has been staying in the Wonsan area since April 13. No suspicious movements have so far been detected.”

Personal train
Satellite images from last week showed a special train possibly belonging to Kim at Wonsan, lending weight to those reports, according to 38 North, a Washington-based North Korea monitoring project.
Though the group said it was probably the North Korean leader’s personal train, Reuters news agency has not been able to confirm that independently, or whether he was in Wonsan.
A spokeswoman for the Unification Ministry said on Monday she had nothing to confirm when asked about reports that Kim was in Wonsan.
Last week China dispatched a team to North Korea including medical experts to advise on Kim Jong Un, according to three people familiar with the situation.
Reuters was unable to immediately determine what the trip by the Chinese team signalled in terms of Kim’s health.
Experts have cautioned that Kim has disappeared from state media coverage before and that gathering accurate information in North Korea is notoriously difficult.
North Korea’s state media last reported on Kim’s whereabouts when he presided over a meeting on April 11.
Kim, believed to be 36, vanished from state media for more than a month in 2014 and North Korean state TV later showed him walking with a limp.
Continue Reading…

Alexey Navalny walks down stairs at Charite hospital in Berlin, Germany, in this image obtained from social media [Courtesy of Instagram/Reuters] Russian opposition politician Alexey Navalny has been seen walking down stairs in a photo posted on his Instagram feed, five days after a Berlin hospital said he had been taken off a ventilator and… 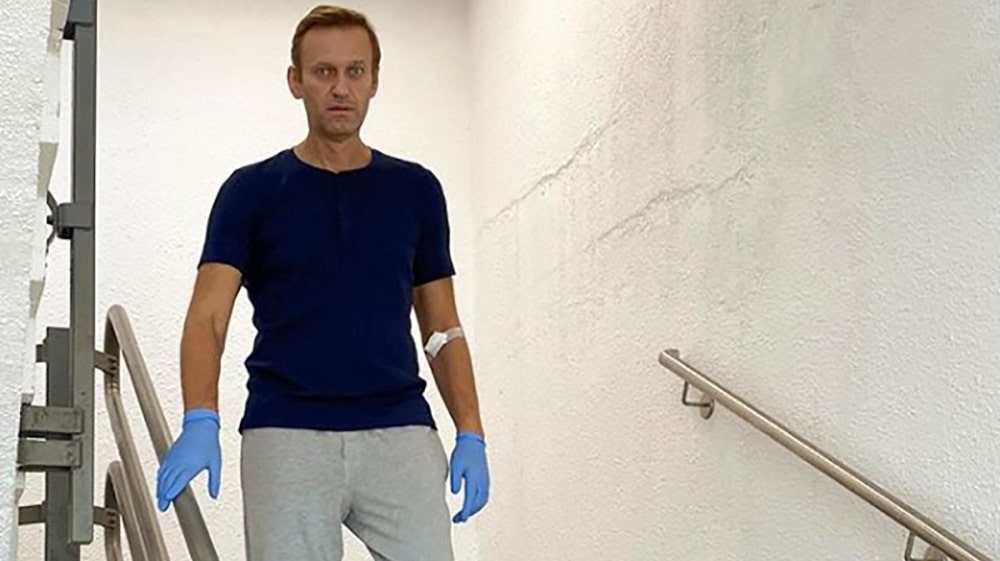 Alexey Navalny walks down stairs at Charite hospital in Berlin, Germany, in this image obtained from social media [Courtesy of Instagram/Reuters]
Russian opposition politician Alexey Navalny has been seen walking down stairs in a photo posted on his Instagram feed, five days after a Berlin hospital said he had been taken off a ventilator and could breathe independently.
“Let me tell how my recovery is going. It is already a clear path although a long one,” Navalny wrote on Instagram on Saturday.
He said he still could not use his phone and had difficulties trying to pour water into his glass or climbing stairs because his legs trembled.
“There are many problems yet to be solved but amazing doctors from the Charite hospital have solved the main one,” the post said, referring to the Berlin hospital where he is being treated.
“They turned me from a ‘technically alive human being’ into someone who has high chances to become … a man who can quickly scroll Instagram and understands without thinking where to put his likes.”

Navalny, the leading opponent of Russian President Vladimir Putin, fell ill on a domestic flight to Moscow on August 20 and was airlifted to Berlin two days later.
Germany says laboratory tests in three countries have determined he was poisoned with a Novichok nerve agent, and Western governments have demanded an explanation from Russia.
The Kremlin has claimed that before Navalny’s transfer to Berlin, Russian labs and a hospital in the Siberian city of Omsk found no sign of poisoning.
Russia has called for Germany to provide evidence and bristled at the urging of German Chancellor Angela Merkel and other Western leaders to answer questions about what happened to the politician.
“There is too much absurdity in this case to take anyone at their word,” Kremlin spokesman Dmitry Peskov said on Friday.
Peskov also accused Navalny’s colleagues of hampering a Russian investigation by taking items from his hotel room, including a water bottle they claimed had traces of the nerve agent, out of the country.
Navalny’s colleagues said they removed the bottle and other items from the hotel room in the Siberian city of Tomsk and brought them to Germany as potential evidence because they did not trust the Russian authorities to conduct a proper probe.