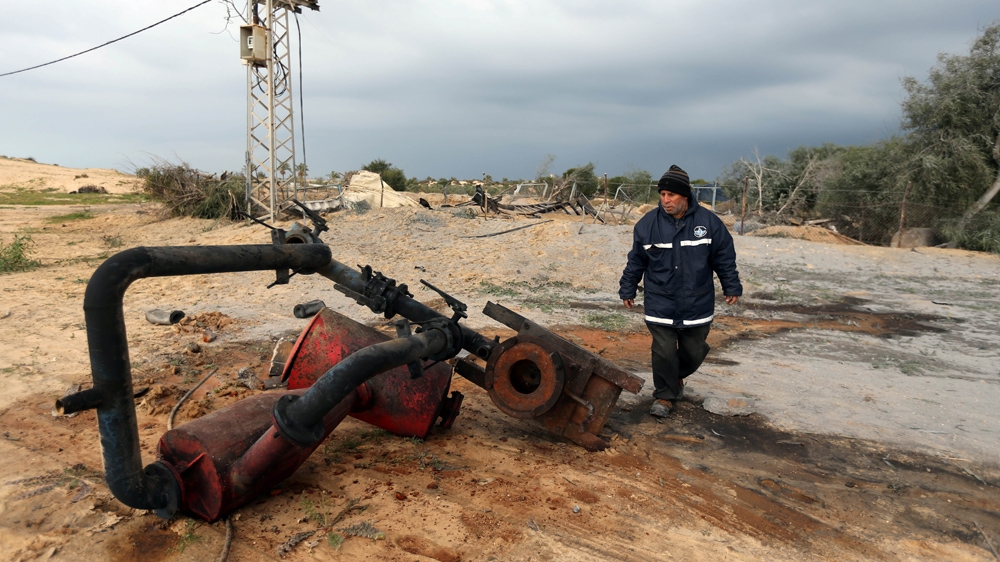 Jerusalem – At least three mortar shells have been fired from the besieged Gaza Strip enclave into southern Israel, the country’s military has said in a statement, amid tensions in the region over US President Donald Trump’s proposed Middle East plan.
The Israeli army’s statement on Friday said its Iron Dome anti-missile air defence system intercepted a projectile midair as violence continued for a second day. No casualties were reported, it added.
More:

After Trump’s plan, what option do Palestinian leaders have?

BackPage 1 of 2Next →
In this article:tensions, Trump's