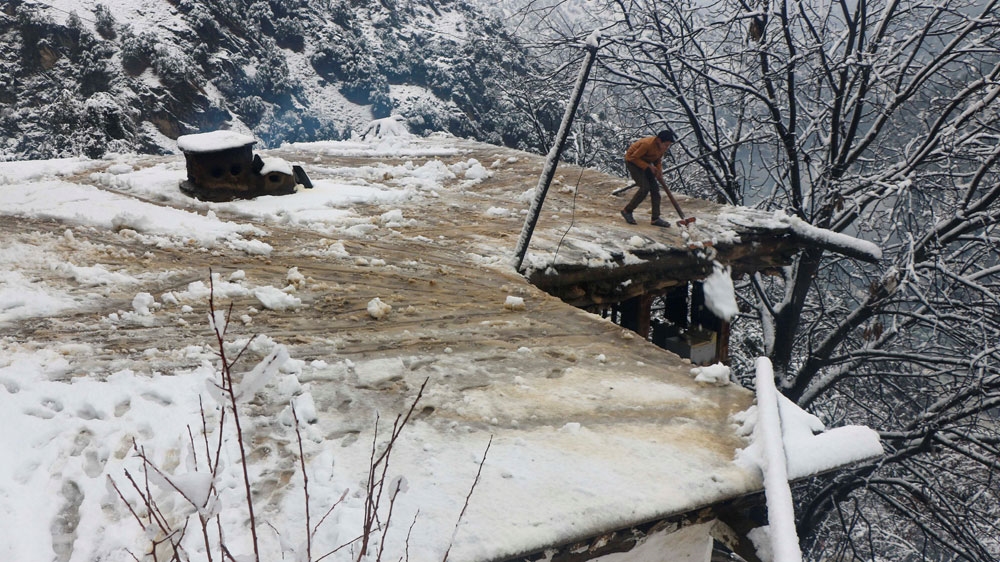 At least 55 people were killed and many others were missing after avalanches hit Pakistan-administered Kashmir over the last 24 hours, senior government officials said.
Two Pakistani officials quoted by the Reuters news agency said on Tuesday many villagers were still stranded in the avalanches in the Neelum Valley area following heavy rains that also triggered landslides.
Many people were reported missing and feared dead as rescue efforts got under way, one of the officials said.
More:

Avalanches, flooding and harsh winter weather has killed more than 110 people across Pakistan and in neighbouring Afghanistan in recent days, officials said on Tuesday, as authorities struggled to reach people stranded by heavy snowfall. At least 75 people died and 64 were injured across Pakistan, with several still missing, while a further 39 people were killed in Afghanistan, according to officials in both countries. Forecasts suggest more harsh weather is on the way.
In neighbouring India, at least 10 people were killed after several avalanches hit the northern-part of Indian-administered Kashmir.
A senior Indian police official said five soldiers were among the killed near the border between India and Pakistan.
Kashmir has been divided between Indian and Pakistan since their independence in 1947 and for decades tension on the border has left tens of thousands dead.
The area is one of the world’s most militarily tense frontiers, where the neighbouring armies have confronted each other over disputed territory for decades.
In 2012, an avalanche engulfed a Pakistani army battalion headquarters near the Indian border, killing at least 124 soldiers and 11 civilians.
Houses destroyed
In Afghanistan, more than 300 houses were either destroyed or partially damaged throughout the country, said Ahmad Tamim Azimi, a spokesman for the Natural Disaster Management Authority, was quoted as saying by the AFP news agency.

“A cold snap, heavy snowfall and rains that started two weeks ago have caused damage,” he said, adding that most casualties were caused after roofs collapsed under thick snow.
Hardest hit were southern Kandahar, Helmand, Zabul and western Herat provinces.
In Herat, seven people,  all members of the same family and including children, died when their roof collapsed, Azimi added.
Forecasts suggest more harsh weather is on the way for the region.
Harsh winters often take a heavy toll in mountainous Afghanistan and the wider region.
The country remains poor despite billions of dollars in aid from the international community.
Continue Reading…