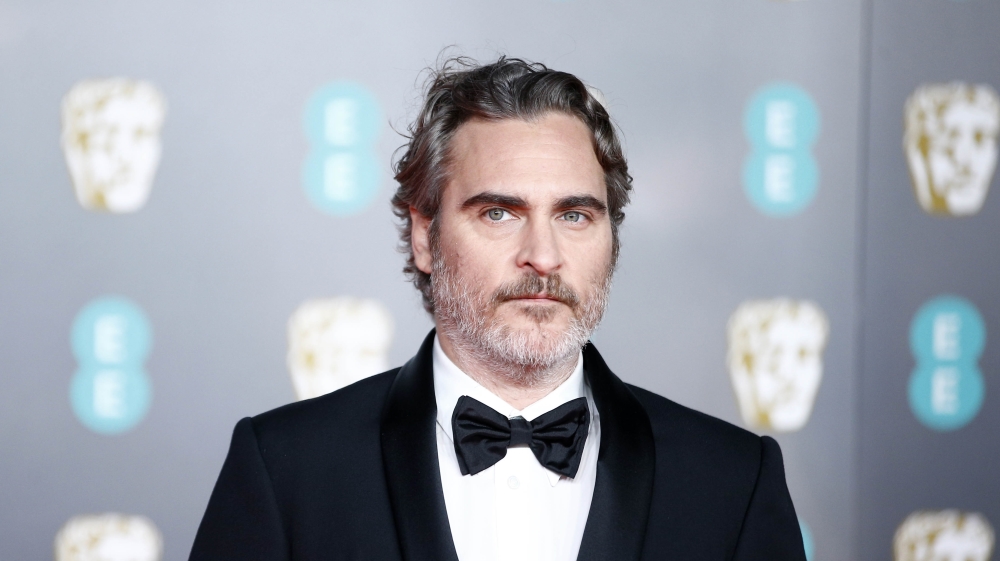 Actor Joaquin Phoenix has called out “systemic racism” in the film industry in a searing awards acceptance speech in London.
As he won the Leading Actor award on Sunday for his role in Joker at the Bafta Film Awards 2020, the 45-year-old won a round of applause at the Royal Albert Hall from an audience which included members of the British royal family.
The event was already heavily criticised for lacking diversity in the nominations.
More:

How the diversity industry silences people of colour

As he accepted the award, in which all five nominees were white, Phoenix said he felt honoured.
“But I also feel conflicted,” he said, sending the hall into a stunned silence. “So many of my fellow actors that are deserving don’t have that same privilege
“I think we are sending a very clear message to people of colour that you’re not welcome here. That’s the message we are sending to people who have contributed so much to our medium and our industry in ways that we have benefitted from.
“I dont think anybody wants a handout or preferential treatment, although that’s what we give ourselves every year.”
All 20 nominees in the BAFTA awards’ acting categories were white.
“I think people just want to be acknowledged, appreciated and respected for their work,” said Phoenix.

“This is not a self-righteous condemnation, because I am ashamed to say that I am part of the problem. I have not done everything in my power to ensure that the sets I work on are inclusive.
“But I think it’s more than just having sets that are multicultural. We have to really do the hard work to truly understand systemic racism.
“I think that it is the obligation of the people that have created and perpetuate and benefit from a system of oppression to be the ones who dismantle it – so that’s on us.”
Other film and music awards events, such as the Golden Globes, Oscars and Grammys, have also recently come under renewed criticism for failing to include ethnic minority artists and industry workers. A lack of women in some categories has also drawn ire.

i appreciate what mr phoenix said greatly cos white people speaking on behalf of the rest of us is effective but before you lot get too excited, i would also like to remind everyone people of colour, black people especially, have been saying this for literally decades. pic.twitter.com/fVhsfL4lZV
— Daniellé DASH (@DanielleDASH) February 2, 2020

Lulu Wang, a writer and director who was at the Royal Albert Hall on Sunday, tweeted after Phoenix’s speech: “An uncomfortable silence filled the hall for a long noticeable moment. Thank you Joaquin.”
David Schneider, a British actor, writer and director, said: “Spot on from Joaquin Phoenix . Bafta members – of which I’m one – need to take a long, hard look at ourselves.”
Sharmaine Lovegrove, a publisher, wrote on Twitter: “I hope that everyone working in the European and British creative industry sectors takes a few moments to watch this when they get to their office, then look around & see so few POC & think about their demonstrative contribution to change for good.”
Others, however, said minorities have been making the same point as Phoenix, but have not been listened to.
Later in the event, Prince William, the British Academy’s president, also spoke about diversity.
“We are lucky to have incredible filmmakers, actors, producers, directors and technicians – men and women from all backgrounds and ethnicities enriching our lives through film,” he said.
“Yet in 2020, and not for the first time in the last few years, we find ourselves talking again about the need to do more to ensure diversity in the sector and in the awards process – that simply cannot be right in this day and age.”
Continue Reading…

More than a dozen children killed in Kenya school stampede