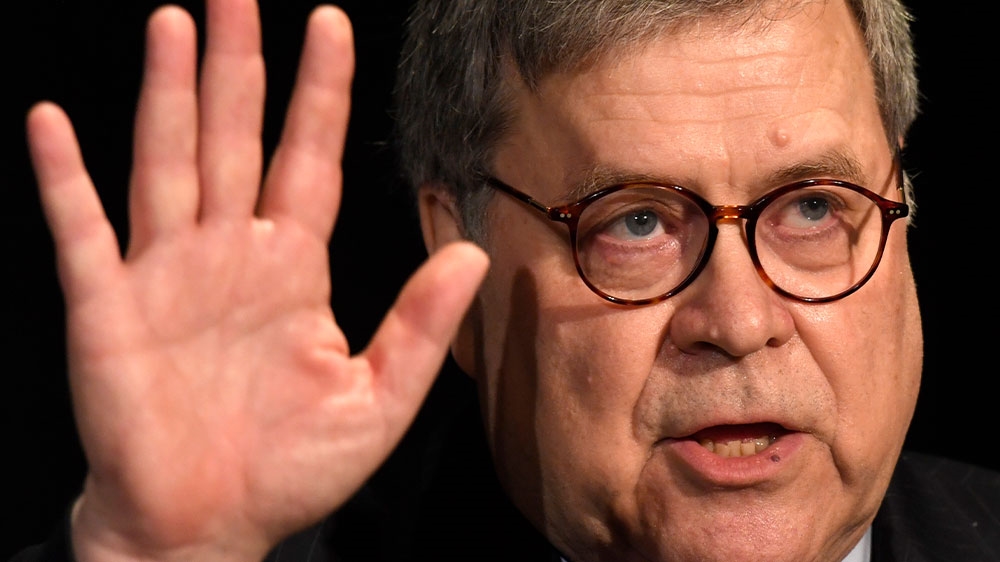 United States Attorney General William Barr took a rare public swipe at President Donald Trump on Thursday, saying that the president’s tweets about Justice Department prosecutors and cases “make it impossible for me to do my job”.
Barr made the comment during an interview with ABC News just days after his Justice Department overruled its own prosecutors, who had recommended in a court filing that Trump’s longtime ally and confidant Roger Stone be sentenced to seven to nine years in prison, by taking the extraordinary step of lowering the amount of prison time it would seek. The department did not offer an amended number.
Barr himself has been under fire for the Justice Department action and Thursday’s comment served as a defence of his own integrity.
More:

DOJ Roger Stone move an ‘abomination of the rule of law’: Critics

The department insisted the decision to undo the sentencing recommendation was made on Monday night – before Trump blasted the recommendation on Twitter as “very horrible and unfair” – and prosecutors had not spoken to the White House about it. The about-face prompted the four lawyers who prosecuted Stone to quit the case. One left the Justice Department altogether.

BackPage 1 of 2Next →
In this article:Trump, tweets