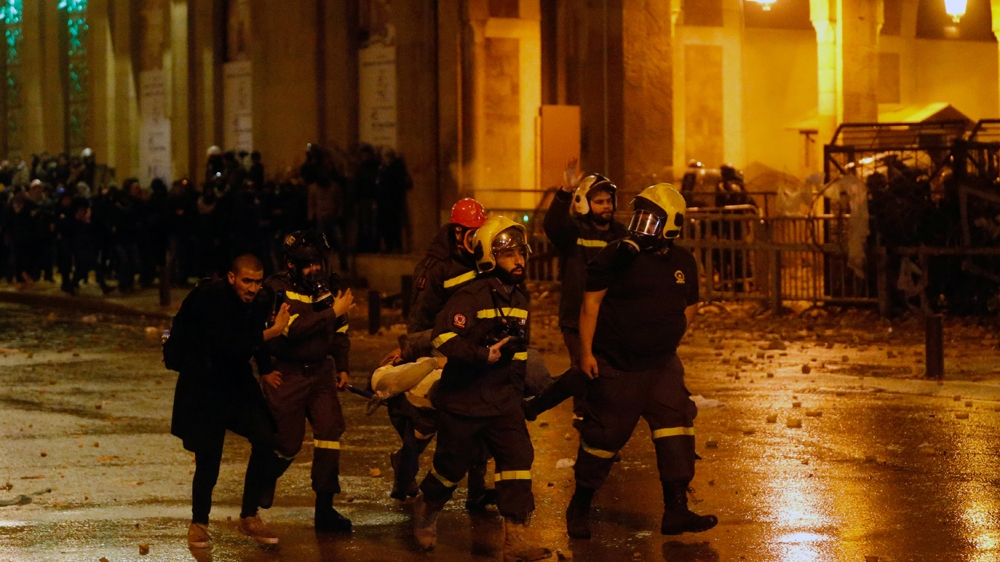 Protesters threw stones at security forces who fired back with tear gas and water cannon during the most violent weekend in Lebanon’s capital since the beginning of mostly peaceful demonstrations three months ago.
It was the second consecutive night that violence erupted as people grow frustrated by the worsening financial crisis and impasse over the formation of a new government.
Medics said 90 people were injured in the latest clashes, taking the casualty toll to more than 460 wounded in two days.
“We have seen the Red Cross evacuating a number of wounded for what has really become a battleground outside parliament square,” reported Al Jazeera’s Zeina Khodr from Beirut.
According to Khodr, people said they have no other choice than “turning a peaceful movement into a violent campaign against the ruling elite” because their demands have been ignored.

BackPage 1 of 2Next →
In this article:Beirut, turns