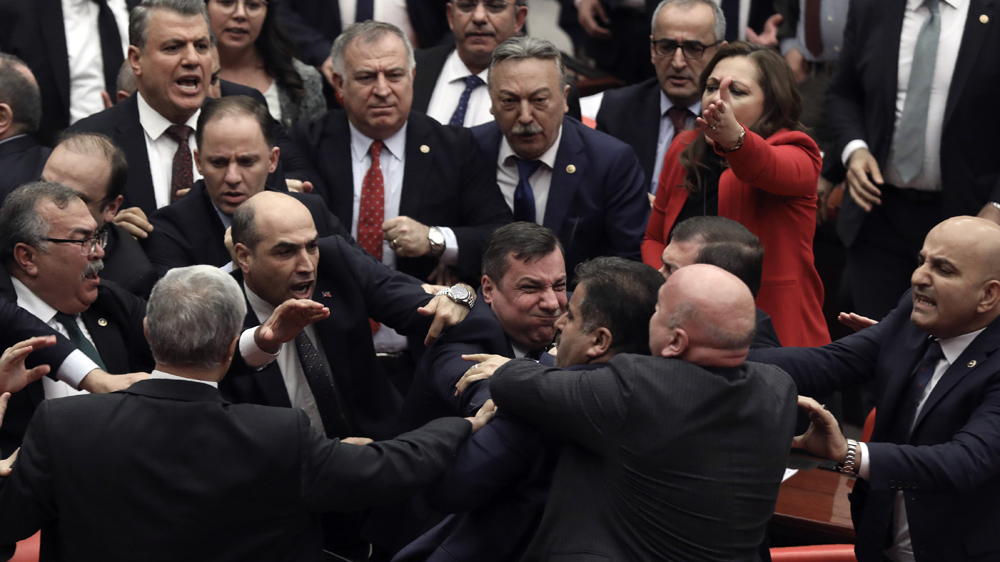 A fistfight erupted in the Turkish parliament on Wednesday during a speech by an opposition legislator who earlier accused President Recep Tayyip Erdogan of disrespecting Turkish soldiers who died in Syria.
Dozens of parliamentarians joined the brawl, some climbing on top of desks to throw punches, while others tried to stop the fighting, according to video footage of the brouhaha.
Some legislators fell to the ground during the fray, Turkey’s Haberturk television reported.
More:

BackPage 1 of 2Next →
In this article:Brawl, Turkey's