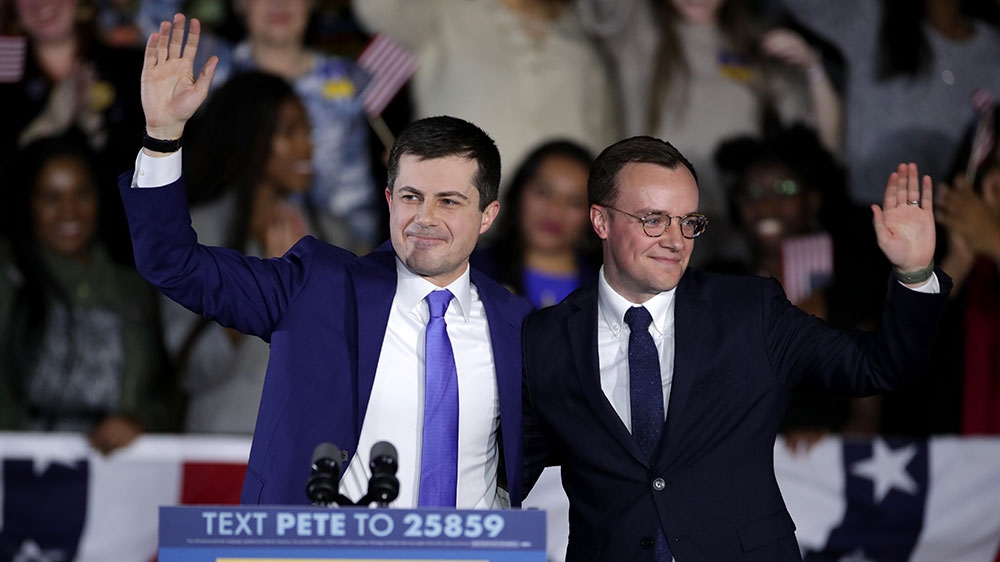 Former South Bend, Indiana, Mayor Pete Buttigieg held a narrow lead over Senator Bernie Sanders as the long-delayed results of a chaotic Iowa caucus continued to trickle in late on Tuesday.
With 71 percent of the precincts reporting, Buttigieg was leading the state delegate chase with 26.8 percent, while Sanders had 25.2 percent, Senator Elizabeth Warren had 18.4 percent and former Vice President Joe Biden had 15.4 percent.
More:

The partial results come after confusion and frustration over delays in announcing the Monday’s caucus tallies due to a “coding issue” in an app that precincts used to report the data.
It was unclear when the final vote will be announced.
While campaigns were eager to spin the results to their advantage, there was little immediate indication that the incomplete results eased the confusion and concern that loomed over the opening contest of the Democrats 2020 presidential primary season.
During a private conference call with campaigns earlier in the day, state party chairman Troy Price declined to answer pointed questions about the specific timeline – even whether it would be a matter of days or weeks.
“We have been working data and night to make sure these results are accurate,” Price said at a subsequent news conference.

The leading candidates pressed on in next-up New Hampshire, which votes in just seven days, as billionaire Democrat Michael Bloomberg sensed an opportunity, vowing to double his already enormous advertising campaign and expand his sprawling staff focused on a series of delegate-rich states voting next month.
The party’s caucus crisis was an embarrassing twist after months of promoting the contest as a chance for Democrats to find some clarity in a jumbled field with no clear frontrunner. Instead, after a buildup that featured seven rounds of debates, nearly $1bn spent nationwide and a year of political jockeying, caucus day ended with no winner, no official results and many fresh questions about whether Iowa can retain its coveted “first” status.
Iowa marked the first contest in a primary season that will span all 50 states and several US territories, ending at the party’s national convention in mid-July.
‘Beginning of end of Trump’
Campaigning in New Hampshire on Tuesday, Warren said she was “feeling good” about her performance in Iowa but questioned the state party’s plans to release partial results.
“I just don’t understand what that means, at least half of the data. I think they ought to get it together and release all the data,” she said.
The Sanders campaign told supporters that its internal monitoring showed him in the lead with nearly half the vote in. Sanders himself said late Monday: “Today marks the beginning of the end for Donald Trump.”
Buttigieg, the former mayor of South Bend, Indiana, essentially declared an Iowa victory.
“So, we don’t know all the results, but we know by the time it’s all said and done, Iowa, you have shocked the nation,” he said before leaving Iowa. “By all indications, we are going on to New Hampshire victorious.”

Advertisement. Scroll to continue reading.
BackPage 1 of 2Next →
In this article:Buttigieg, leads