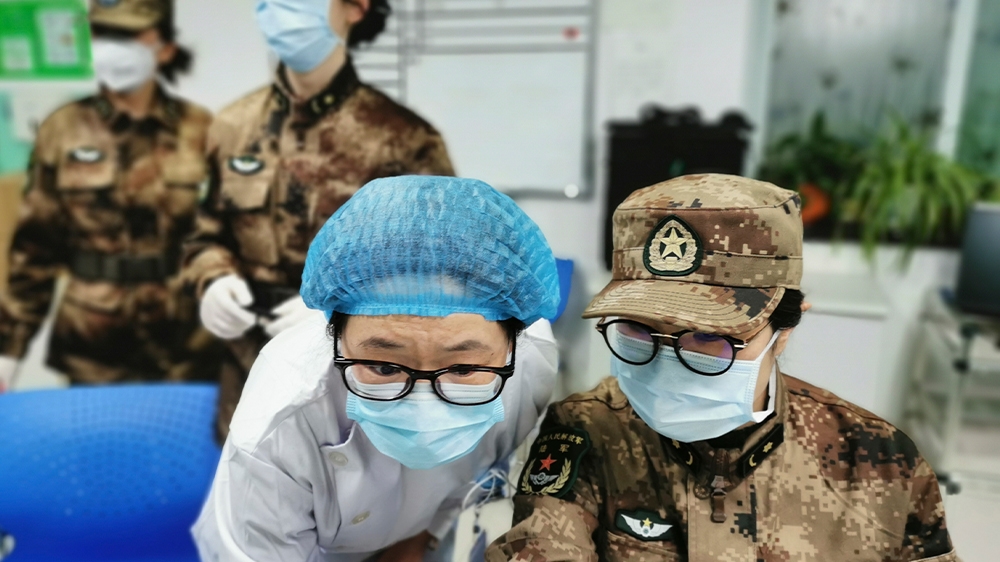 The death toll in China from a deadly new coronavirus rose to 132 with new cases reaching nearly 6,000 – more than during the SARS epidemic of 2002 and 2003 – as Japan and the United States began evacuating hundreds of citizens from Wuhan, the city at the centre of the outbreak.
Authorities said on Wednesday the number of confirmed cases across the country climbed to 5,974, while the death toll nationwide jumped by 26. All of those new deaths were in Hubei except for one, which was on a province just to the north. Wuhan is the capital of Hubei.
More than 56 million people in almost 20 Chinese cities, including Wuhan, have been prevented from travelling in an attempt to curb the spread of the virus during the Lunar New Year or Spring Festival, traditionally China’s busiest travel season.
More:

Coronavirus: All you need to know

Trapped in Hubei: A family caught in an unexpected quarantine

The director-general of the World Health Organization (WHO), Tedros Adhanom Ghebreyesus, met China’s President Xi Jingping on Tuesday.
The agency has acknowledged the respiratory illness is an emergency in China but said last week it was too early to declare the outbreak a public health emergency of international concern. It has described the global risk from the virus as high.
Here are the latest updates:
Wednesday, January 29
UAE says coronavirus diagnosed in family from China
The UAE’s Ministry of Health said on Wednesday it had diagnosed the coronavirus in a family from China.
It was not immediately clear how many people had been infected, and the Ministry of Health and the government communications office did not immediately respond to a Reuters request for comment.
Those diagnosed with the virus were in stable condition and under medical observation, the ministry said in a statement carried by state news agency WAM.
It did not say in which emirate the family was being treated.
Airlines cut flights; Hong Kong stocks tumble
Airlines are cancelling some flights to China after governments issued warnings on the coronavirus and global companies told their employees not to travel.
US carrier United Airlines, South Korean budget carrier Air Seoul, Taiwan’s China Airlines and Eva Airways, Air Canada, Lufthansa and Hong Kong’s Cathay Pacific have all suspended flights or are considering doing so.

US officials have said the White House is weighing whether to suspend flights to the country.
“All options for dealing with infectious disease spread have to be on the table, including travel restrictions,” said US Health Secretary Alex Azar.
Read more here.
Meanwhile, stocks in Hong Kong dropped sharply on the first day of trading after the Lunar New Year holiday.
Almost every stock fell, sending the benchmark Hang Seng index down by more than 2 percent, with travel, casino, and consumer goods companies among the biggest decliners.
China expert says outbreak could peak in 10 days
The coronavirus outbreak could peak in 7 – 10 days, according to respiratory expert Zhong Nanshan, who heads China’s team of experts for the control and prevention of the virus.
Speaking to state news agency Xinhua, Zhong said while it was difficult to estimate the peak, there should be no “large-scale increases” after a week or 10 days.
“There are two keys to tackling the epidemic; early detection and early isolation,” Zhong said. “They are the most primitive and most effective methods.”

Four Japanese evacuees from Wuhan taken to hospital with fevers
Japanese officials say four evacuees on a flight from the Chinese city of Wuhan have been taken to hospital with a cough and fever.
The Tokyo Metropolitan Government confirmed their condition after the flight of 206 evacuees arrived in Tokyo. Passengers on the flight were wearing masks and underwent temperature checks before boarding and on the plane. Plans were made for all ofthe evacuees to be treated and quarantined depending on their test results.
The four are a woman in her 50s and three men whose ages are from their 30s to 50s.
Sport-X-Games latest event affected by coronavirus outbreak
An X-Games event scheduled for next month in Chongli in China’s northern Hebei province has been postponed due to the outbreak of the coronavirus, organisers said.
The event, the first winter X-Games to be held in China, was to take place from February 21 and 23 in the same area as the alpine events for the 2022 Winter Olympics, which are officially being hosted by Beijing.

The X-Games, which were due to be held in China next month and include events like freestyle skiing, have been cancelled [File: NTB Scanpix/Geir Olsen/via Reuters]

BackPage 1 of 2Next →
In this article:battles, China