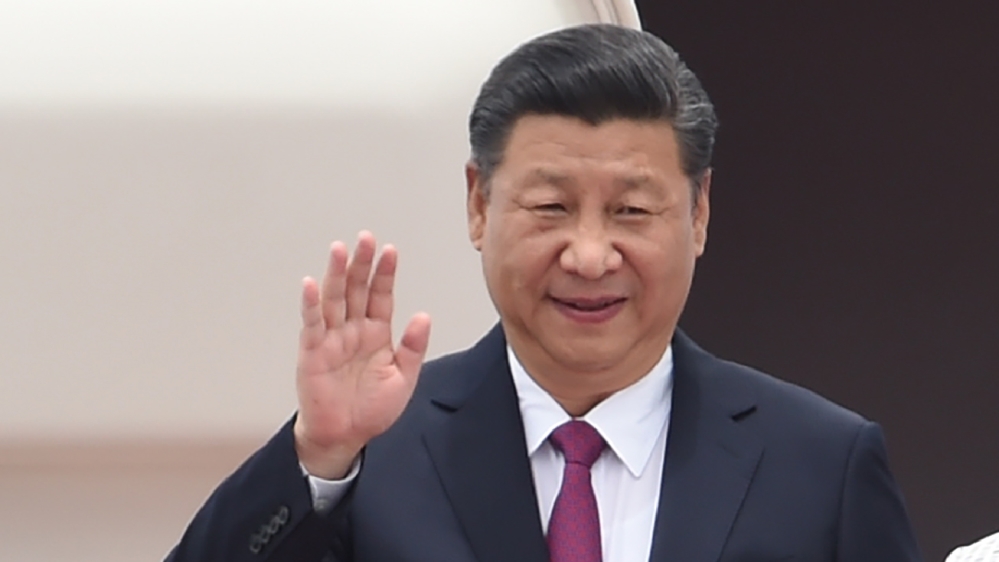 Yangon, Myanmar – Chinese President Xi Jinping arrives in Myanmar on Friday on his first trip to the country since 2009, and is expected to step up investment in the southeast Asian nation including in the conflict-wracked state of Rakhine, a key link in China’s Belt and Road initiative.
Myanmar’s deputy minister of commerce, Aung Htoo, told reporters ahead of the visit that Xi would sign agreements related to the Kyaukphyu Special Economic Zone and $1.3bn port in Rakhine, where a brutal military crackdown in 2017 led hundreds of thousands of Rohingya to flee over the border to Bangladesh.
More:

Myanmar’s women trafficked to China at risk of sexual violence

ICJ to rule on emergency measures in Myanmar genocide case

“Xi has visited almost all ASEAN countries since assuming power in 2013, but Myanmar had been left out until now,” Yun Sun, director of the China programme at the Stimson Center, said in an email to Al Jazeera.
During his two-day visit, Xi is scheduled to meet President Win Myint, State Counsellor Aung San Suu Kyi, and Commander-in-Chief Min Aung Hlaing in capital, Nay Pyi Daw.
When the National League of Democracy under Nobel Peace Prize winner Aung San Suu Kyi swept into power in 2015, there was an expectation around the world that it would mark a new age of human rights and democracy in a country that had spent decades under military rule.
But with intense criticism, led by many Western countries, on its handling of the Rohingya crisis, China has been able to rebuild its influence with its southern neighbour, analysts said.

Sun said the fallout over the Rohingya crisis, and Myanmar’s current isolation in the international community, had given China an opportunity to win Myanmar over through a “gesture of support”.
“The trip would not happen without the Chinese side being certain about the direction of the bilateral relations going in a positive direction. In other words, the Chinese are confident that China has regained its damaged influence and repaired its tarnished image in the country,” Sun said.
‘Bypassing Strait of Malacca’
In an article published in the state-run Global New Light of Myanmar a day before his arrival, Xi expressed confidence that the projects would progress, specifically mentioning the Kyaukphyu project, as well as the China-Myanmar Border Economic Cooperation Zone and New Yangon City developments.
China and Myanmar “need to deepen results-oriented Belt and Road cooperation and move from a conceptual station to concrete planning and implementation,” he wrote.
The Kyaukphyu port would give China direct access to the Indian Ocean, allowing it to bypass the Strait of Malacca.

Advertisement. Scroll to continue reading.
BackPage 1 of 2Next →
In this article:China's, turns