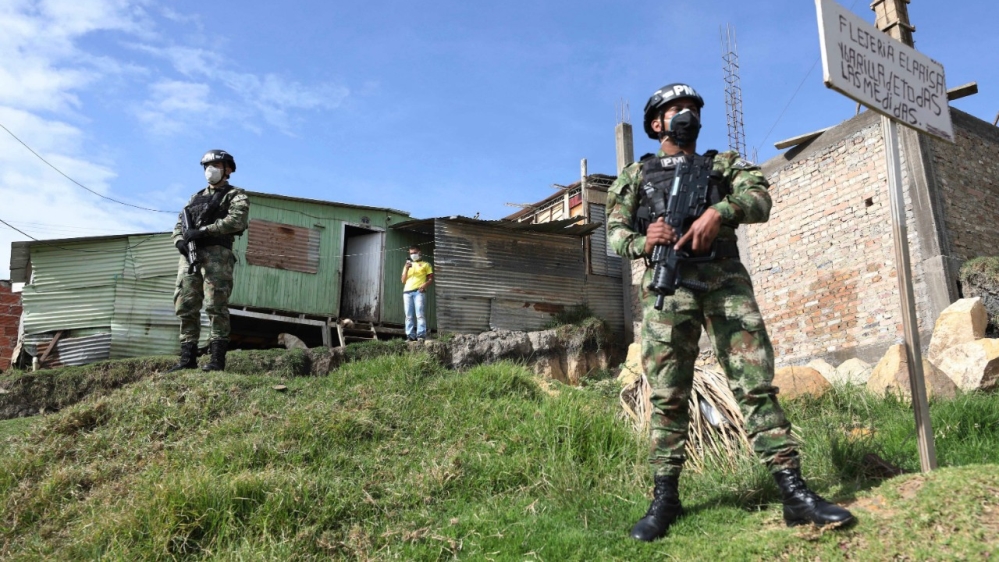 Defence Minister Carlos Holmes Trujillo said the decision to relieve the officials of their duties was made based on the allegations [File: Fernando Vergara/AP]
Colombia’s defence ministry has ousted 11 military officials and forced the resignation of a general in connection with an ongoing probe into allegations the army spied on journalists, politicians, magistrates and other members of the military.
The ministry did not name any of the people dismissed or the general who resigned on Friday.
More:

‘A mockery of us’: Victims families decry Colombia’s ex-army chief

Indigenous in Colombia takes on armed groups and coronavirus

The country’s attorney general opened the investigation in January after local news magazine Semana published the allegations.
There have been repeated hacking scandals involving the military in recent years, including accusations that officials spied on negotiators at talks with the Revolutionary Armed Forces of Colombia (FARC) rebels, which eventually led to a 2016 peace accord.
Defence Minister Carlos Holmes Trujillo said the decision to relieve the officials of their duties was made based on the allegations.
“Today 11 officials will be removed from their posts and retired from active service, also a brigadier general has asked to be voluntarily removed from active service,” Trujillo said at a news conference.
The investigations are continuing, Trujillo said.
On Friday, Semana followed up with more details, including the names of some of the alleged victims. It said the accounts of more than 130 people, including journalists for both foreign and domestic media, had been hacked and information about their contacts, families and addresses collected.
Reuters could not independently verify the report.