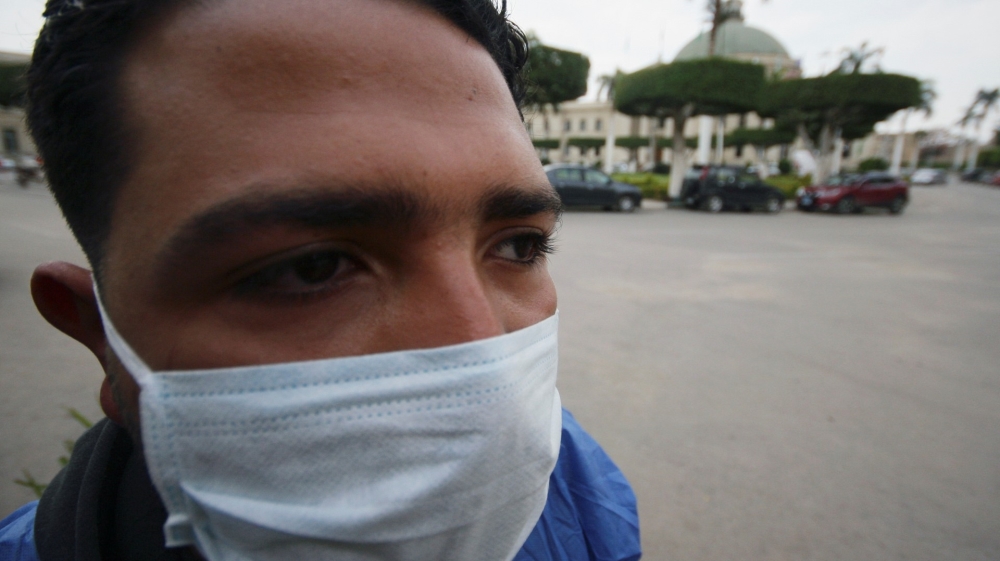 It’s been just over two weeks since the World Health Organization (WHO) declared the coronavirus outbreak, which first appeared in the Chinese city of Wuhan in late December, a global pandemic.
To date, more than 510,000 people have been infected worldwide, with more than 22,900 people dying from COVID-19, the disease caused by the novel coronavirus.
More:

Coronavirus: What sporting events are affected by the pandemic?/a>

Infections, the rates of which have accelerated since the outbreak began, have touched nearly every corner of the world and prompted unprecedented and widespread travel restrictions and business closures that threaten a global recession. At least three billion people, including India’s 1.3 billion population, have been ordered to stay home.

Even as new cases in China have dropped dramatically, leading to the easing of many restrictions, places such as Italy, Spain, Iran, and the United States have become new hot spots for the virus, for which there is no vaccine or proven treatment.
The speed and severity with which the virus has swept across the planet have left international organisations, governments and individuals reeling.
But the last few months have not been without developments that offer reasons for hope.
Here are six positive stories to watch:
WHO launches global trial of possible treatments
The WHO launched a global trial to quickly assess the most promising treatments for the virus and the disease it causes. The organisation is currently looking at four drugs or drug combinations that were developed for other illnesses and are already approved for human use and could be made widely available.
The simplified study will rely on data generated from thousands of patients at participating hospitals in countries around the world, while requiring little extra time and effort from already overwhelmed medical personnel.

COVID-19: WHO warns Africa to prepare for worst

As of March 20, Thailand, Argentina, Bahrain, Canada, France, Iran, Norway, South Africa, Spain and Switzerland had signed on to participate in the trial.
During the global study, according to Science magazine, a physician can enter the information of a hospitalised infected person, who has signed a consent form, into a WHO website. The physician will tell the WHO website which of the possible treatments are available at the hospital, and the website will randomly assign the patient to one of the drugs available or to the local standard of care.
Physicians will record the day the patient left the hospital or died, the duration of the hospital stay, and whether the patient required oxygen or ventilation, Ana Maria Henao Restrepo, a medical officer at WHO’s Department of Immunization Vaccines and Biologicals, told the magazine.
The massive data set it yields could quickly indicate which treatments are the most effective.
“We are doing this in record time,” Restrepo told Science.
UK call for volunteers exceeds expectations
United Kingdom Prime Minister Boris Johnson on Tuesday night called for 250,000 volunteers to help deliver groceries and medicine to the most vulnerable citizens who have been ordered to self-isolate.
Within 24 hours, more than 400,000 people had signed up. That number soon rose to more than half a million, according to the BBC – larger than Britain’s armed forces, which currently stand at just over 192,000.

UK locks down 66 million people to slow spread of coronavirus

BackPage 1 of 2Next →
In this article:coronavirus, heartening