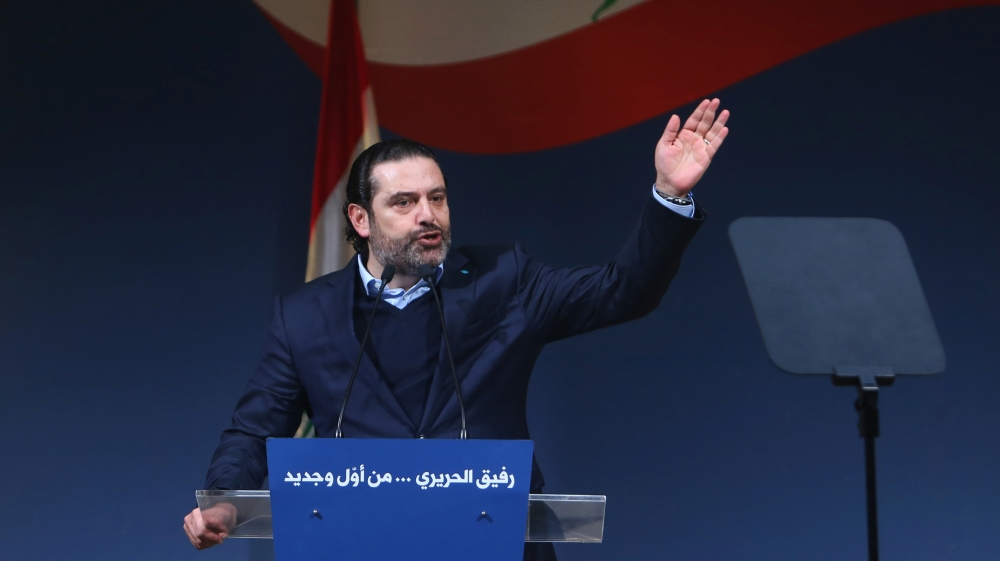 Beirut, Lebanon – Lebanon’s former Prime Minister Saad Hariri has said he is charting a new political path from within his party after a 2016 deal with President Michel Aoun that brought him to power became “history”.
“I’m here, I’m not going anywhere; I’m staying in my country, in my house among my family and in political work,” Hariri said on Friday, in his first public speech since resigning on October 29 amid widespread protests against a ruling elite blamed for corruption and steering the country into an acute financial crisis.
More:

The Syrian women and girls sold into sexual slavery in Lebanon

Lebanon’s protests: The limit of rage

BackPage 1 of 2Next →
In this article:Defiant, Lebanon's