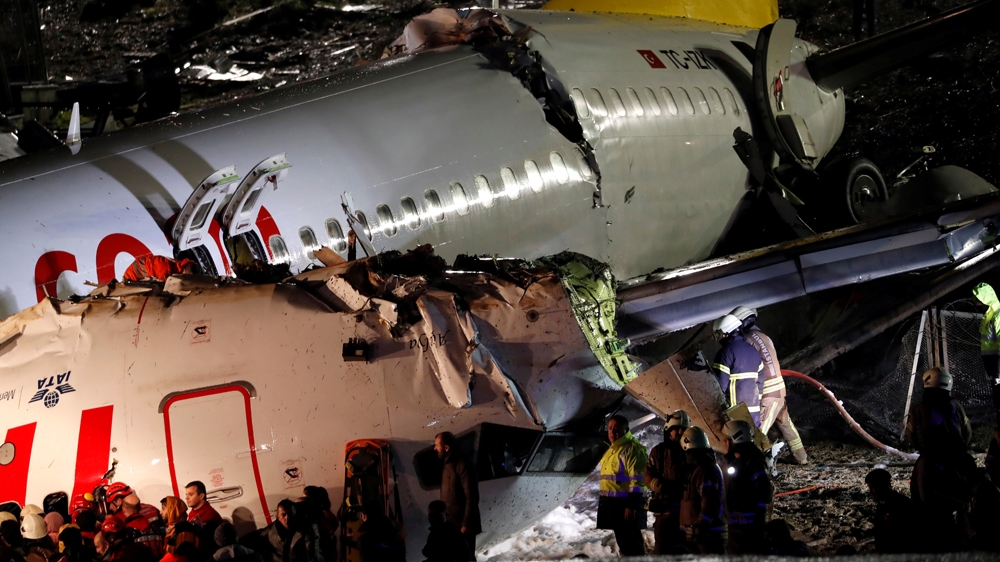 A plane flying into Istanbul’s Sabiha Gokcen International Airport has skidded off the runway after landing and crashed, injuring at least 120 people, Turkish authorities said.
The plane crashed into a field and broke into three pieces on Wednesday. Passengers were seen evacuating through cracks in the plane.
The Boeing 737 operated by Turkish low-cost carrier Pegasus Airlines had flown into Istanbul’s Sabiha Gokcen airport from the Aegean port city of Izmir, NTV television reported.
The plane was apparently buffeted by strong winds and heavy rain lashing Istanbul, Turkey’s largest city.
“At the moment, 120 people who were injured have been hospitalised,” said governor Ali Yerlikaya, adding that most of them were “doing well, aside from one or two people.” There were no deaths.
“Some passengers evacuated the plane by themselves but others are stuck inside and our rescuers are working to free them,” Transport Minister Mehmet Cahit Turhan said on CNN-Turk television.

BackPage 1 of 2Next →
In this article:Dozens, injured