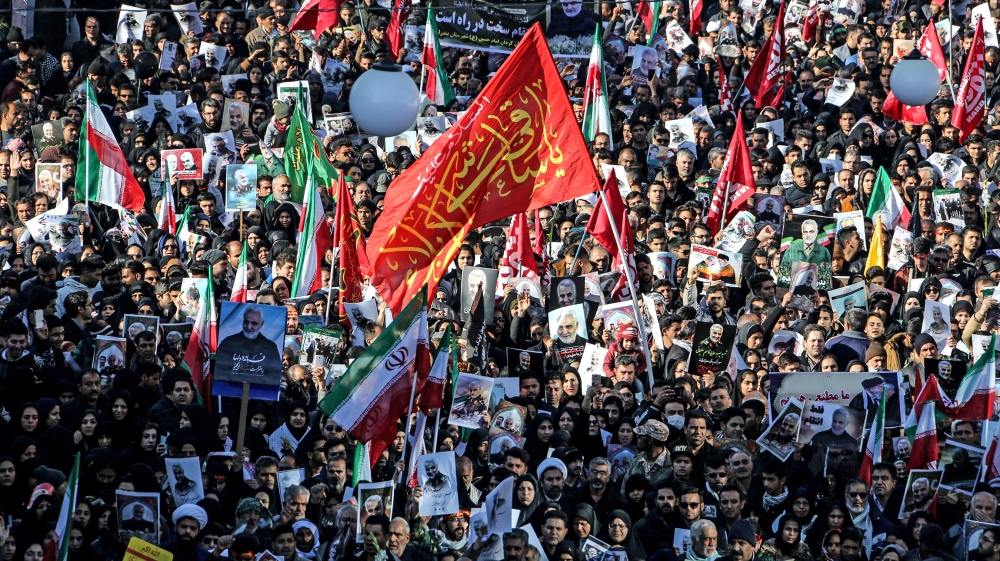 Admired and reviled: How Soleimani was seen in the Middle East

Mourners flood Tehran as calls for revenge over Soleimani grow

Earlier, the head of the country’s emergency services, Pirhossein Koolivand, told state television that “190 were injured” due to “overcrowding”.The injured were immediately transferred to the hospital, he added.
Initial videos posted online showed people lying lifeless on a road, others shouting and trying to help them.
Hundreds of thousands of people had gathered in the small city of Kerman for the burial of Qassem Soleimani, the head of Iran’s elite Quds Force, who was assassinated on Friday near the international airport of Iraq’s capital, Baghdad.
The burial was postponed, the semi-official ISNA news agency reported, without providing more details.

BackPage 1 of 2Next →
In this article:Dozens, killed