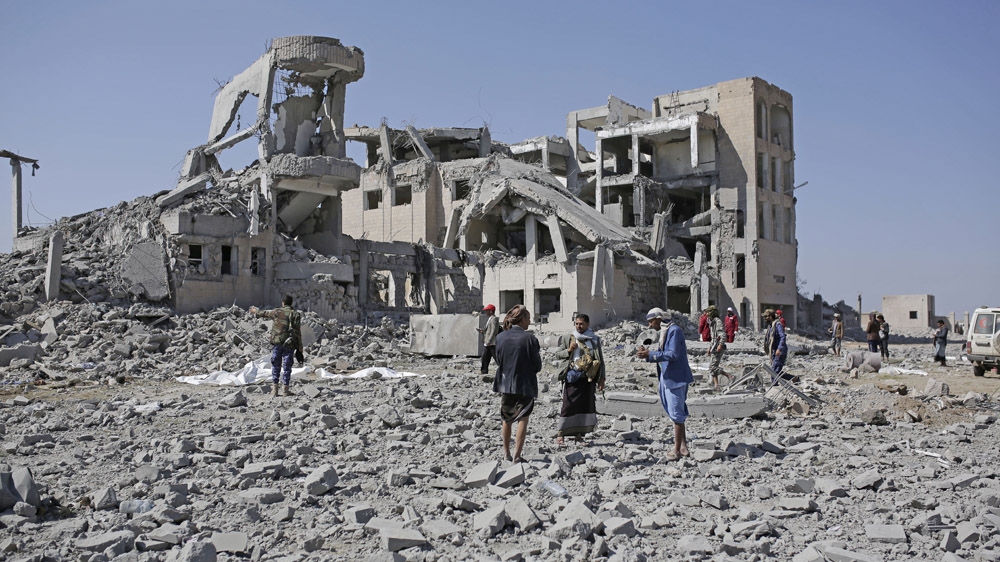 Yemen’s Houthi rebels say more than 30 civilians have been killed in air raids carried out by a Saudi-UAE-led military coalition, with the United Nations confirming the death toll as it deplored a “shocking” failure to protect the war-torn country’s unarmed population.
Saturday’s air raids in northern al-Jawf province came hours after the Houthis said they had shot down a Saudi fighter jet in the same area with an advanced surface-to-air missile.
More:

30 Yemenis medically evacuated for the first time in three years

Houthis possess arms ‘similar’ to those made in Iran: UN report

BackPage 1 of 2Next →
In this article:civilians, Dozens