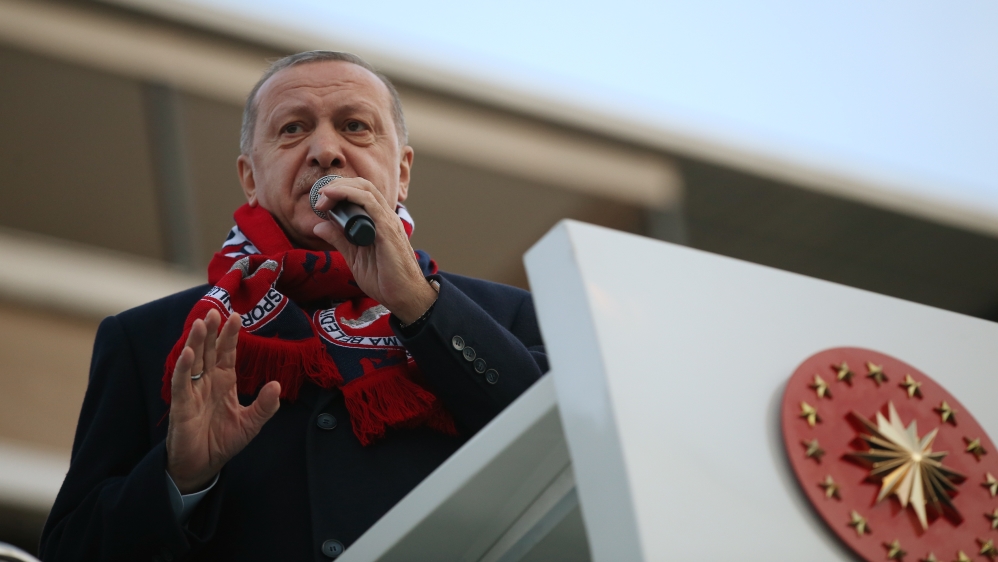 Turkish President Recep Tayyip Erdogan has said he will meet next month the leaders of Russia, France and Germany to discuss the situation in northwest Syria, where a military push by Moscow-backed government forces against the last opposition-held enclave has displaced nearly a million people.
His comments on Saturday came as the Turkish defence ministry said a soldier was killed in Syria’s Idlib province in a bomb attack by government forces, becoming Turkey’s 16th military death during a month in which talks between Ankara and Moscow have failed to de-escalate a recent spike in the fighting.
More:

BackPage 1 of 2Next →
In this article:Erdogan, leaders