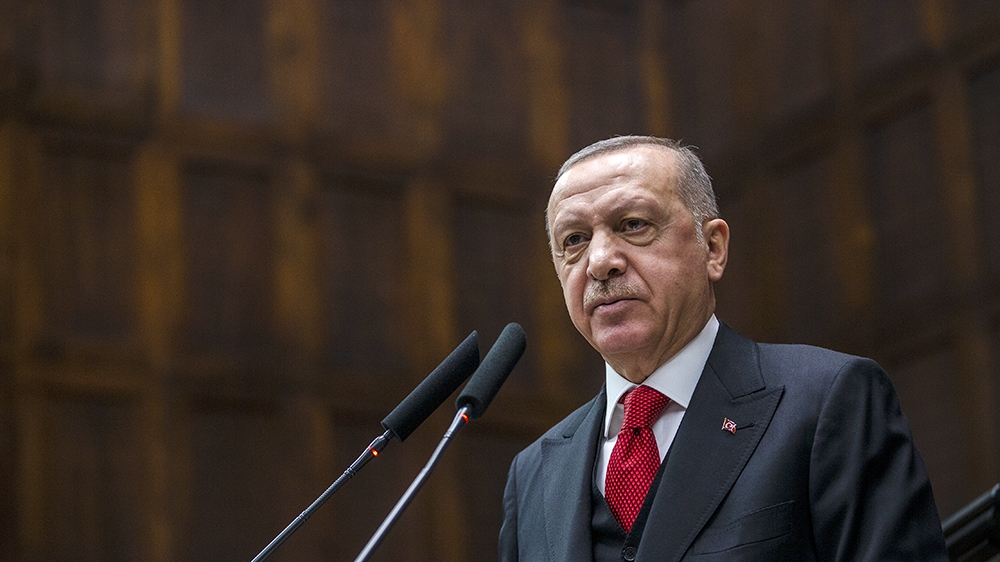 Turkey will strike Syrian government forces “anywhere” if one more Turkish soldier is hurt and could use airpower if need be, President Recep Tayyip Erdogan has said.
Addressing the country’s parliament in Ankara on Wednesday, Erdogan said Turkey is determined to push Syrian government forces beyond Turkish observation posts in the northwestern Idlib region by the end of February.
More:

Erdogan says Syrian forces must pull back from Idlib posts

BackPage 1 of 2Next →
In this article:Erdogan, Turkey