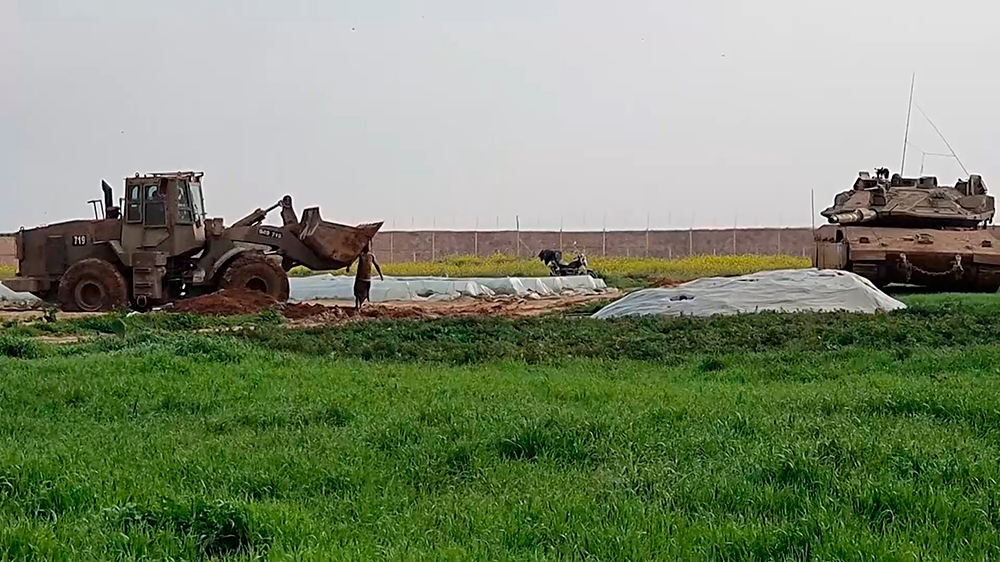 Khan Younis, Gaza – At the al-Naem family home in western Khan Younis, the relatives of 27-year-old Mohammed gathered in shock to grieve over the loss of a father, husband and son.
“My son has no match, he was everything to me,” said Mohammed’s mother, Mirvat, 56. “He was kind-hearted, religious and very moral. I can’t imagine him gone.”
More:

Israel carries out air raids in Syria and Gaza

Mohammed was shot dead on Sunday by the Israeli military, which accused him of planting an explosive device near the Israeli separation fence east of Khan Younis in the besieged Gaza Strip.
A local journalist captured the scenes that followed in a video, widely shared on social media, which showed a group of Palestinian onlookers attempting to retrieve Mohammed’s body when an Israeli military bulldozer approaches.
Gunfire can be heard as the men rush away from the body, which the bulldozer then scoops up after several apparently failed attempts. The body appears to hang from the teeth of the scoop by a piece of clothing as the bulldozer turns and heads towards the fence.

BackPage 1 of 2Next →
In this article:Family, slain