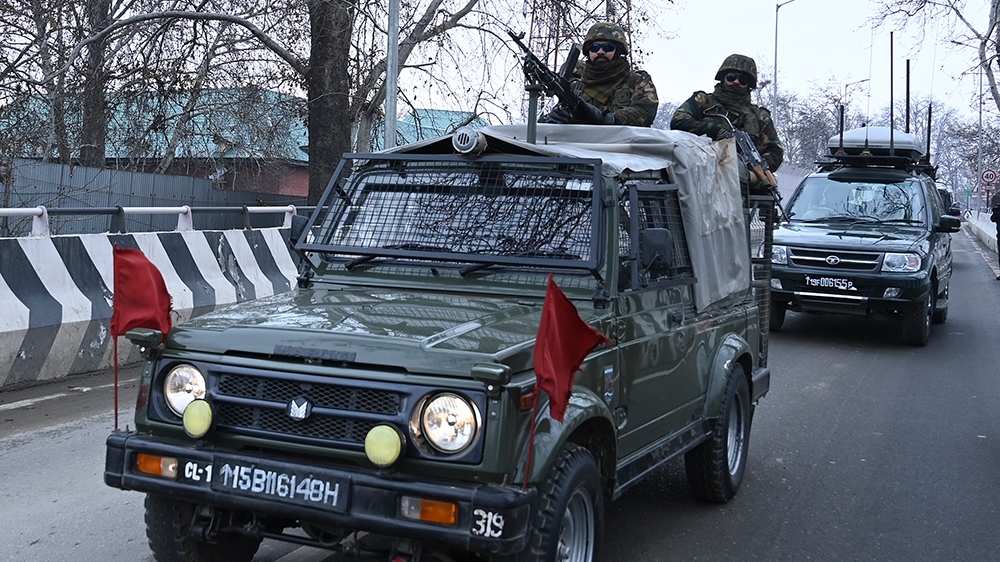 Srinagar/New Delhi, India – Delhi-based foreign diplomats are visiting Indian-administered Kashmir on the invitation of the Indian government, with Kashmiris and opposition leaders decrying it as a “guided tour” designed by New Delhi to show normalcy in the Muslim-majority region.
The government of Prime Minister Narendra Modi had faced criticism last October when it organised a similar tour for far-right members of the European Parliament.
More:

What’s going on in Kashmir?

Why Europe’s far right supports India on the Kashmir issue
The two-day trip, which begins on Thursday, comprises more than a dozen envoys, including from the United States. They are expected to assess the situation in the disputed Himalayan region, which was stripped of its special status by the Bharatiya Janata Party (BJP) government on August 5.
Minister of Home Affairs Amit Shah, a close aide of Modi, announced the abrogation of Article 370 of the constitution, which granted autonomy to Kashmir, saying it was necessary to bring development to the region that has seen armed rebellion for decades.
The delegation is expected to meet locals, civil society groups, journalists, local body heads and business heads, among others.
Diplomatic outreach
The Modi government’s decision has yet again come under criticism for trying to portray normalcy in Kashmir where the internet remains suspended for more than five months and Kashmir’s top political leadership, including three former chief ministers, still remain in detention.
These people come here … they eat good food, stay in luxury hotels … They hardly question India on its oppression in Kashmir.
Rameez Ahmad Mir, a Kashmiri resident

Interestingly, local news reports suggest that diplomats from Australia and several Gulf nations backed out of the visit due to “scheduling” reasons.
In addition, diplomats from European Union countries too have dropped out of the visit with reports suggesting they wanted to reach out to their contacts on the ground and visit areas which have not been included in the trip organised by the Indian government in coordination with the Ministry of External Affairs, Home Affairs and Defence.
The latest trip is part of the government’s diplomatic outreach programme after it came under criticism for not allowing envoys from the US, Germany and the United Kingdom to visit Kashmir.
Sidiq Wahid, a Kashmir-based political analyst and academician, told Al Jazeera that “such delegations have no credibility”.

He went on to add: “Post-abrogation of Article 370, the government assumed that Kashmiris would embrace it as a popular move and if that is the case, why is internet suspended for more than five months? It’s paradoxical that the government can allow right-wing EU members to visit Kashmir but won’t allow Indian politicians to visit the region.
“This visit is a farcical exercise aimed at distorting reality. The situation needs a political outreach and for the people of Kashmir need to be taken on board,” the senior Congress leader said.
Rights violations in Kashmir
Sushobha Barve of Centre for Dialogue and Reconciliation said there is ambiguity on who is visiting and who is not.
This visit is a farcical exercise aimed at distorting reality.
Manish Tiwari, Congress leader

“My understanding is that they want to tell the world that everything is all right in Kashmir. I also think that during a Congressional hearing in the US, questions were raised about human rights violations in Kashmir,” Barve told Al Jazeera.

“A US Congress resolution on Kashmir is expected anytime soon, so the Indian government is trying to reach out to them and maintain how the abrogation of special status has restored normalcy in Kashmir.”
Barve was part of a delegation of the Concerned Citizens’ Group (CCG), which had visited Kashmir twice since August 5. The first visit was organised in September when its leader Yashwant Sinha was not allowed to leave Srinagar, the regional capital, and was deported back to New Delhi on the same day.
Former bureaucrat Wajahat Habibullah, who was also part of the CCG delegation, wondered about the need for such a guided tour and maintained that people should have unrestricted access to Kashmir.
“People should be allowed to go without any restrictions. What is the necessity for a guided tour unless the objective is to spread propaganda?” Habibullah, who served as a senior bureaucrat in Kashmir in the 1990s, asked.
BJP defends trip
Meanwhile, the governing BJP remained undeterred by such criticisms and claimed that the reservations about the visit by diplomats is a product of frustrated minds.

A delegation of 27 politicians, including far-right ministers of parliament from France and the UK, visited Kashmir last October [File: Farooq Khan/EPA]

He went on to add that the idea is to show the international community that everything is OK in Kashmir and to explain to them why such measures were taken in the first place.
“As far as the internet blackout is concerned, it is a preventive measure to not give people who are fishing in troubled waters, a chance to disturb [the] peace,” Mittal told Al Jazeera.
In Kashmir, this visit means little for the people of the region. Rameez Ahmad Mir, a 33-year-old engineer, said he has no hopes of anything concrete coming out of this visit. “These people come here like the last delegation from Europe, they eat good food, stay in luxury hotels and enjoy the joy rides in the lakes. They hardly question India on its oppression in Kashmir. So, we have no hopes that they will speak for us.
“Had India been a real democracy it would have given access to international human rights groups and foreign journalists,” Ahmad told Al Jazeera.
Continue Reading…