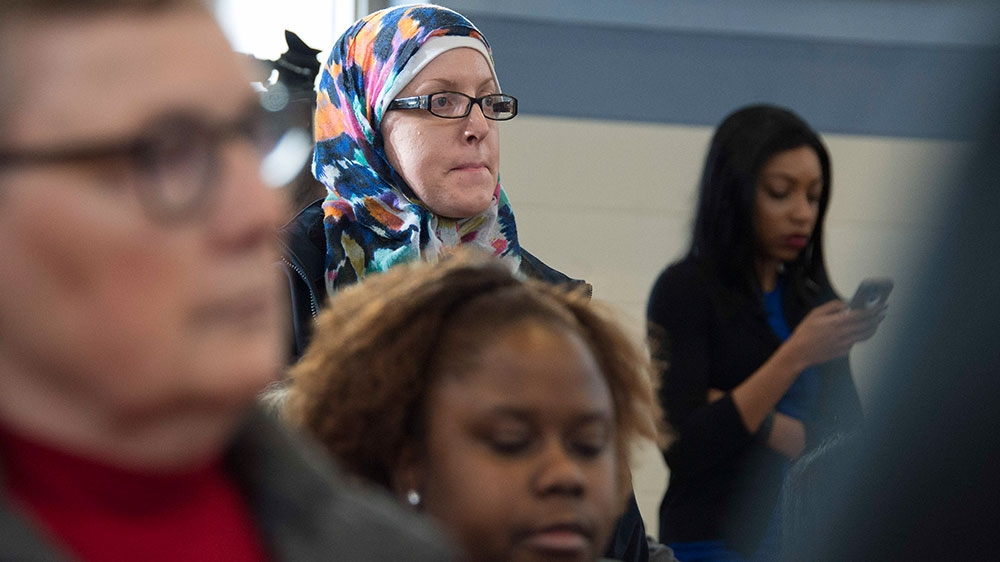 Four years ago, Mohamed Ali, a volunteer with the Bernie Sanders campaign, said it was hard getting those in his community to take part in Iowa’s caucuses.
“They just didn’t have the confidence” or they felt uncomfortable, Ali, who is a Palestinian-American real estate agent in the Des Moines area, told Al Jazeera by phone. Others, he said, didn’t want to be involved in politics for fear of being targeted or discriminated against.
But this year participation of the Arab-Muslim community “has been huge … it’s been really amazing”, he said.
More:

According to Ali, that’s in large part due to the five mosques that will host caucuses on Monday evening – the first time Islamic centres will serve as sites for the party gatherings where Iowans openly discuss and choose their preferred Democratic candidate of the United States’ 2020 presidential candidate.
“It’s historical,” said state Representative Ako Abdul-Samad, the only Muslim state legislator in Iowa.
The mosques will join more than 80 other locations around the world that will act as a “satellite sites”, which were established this year to be more accessible and inclusive of all Iowans.
“Our goal has remained steadfast throughout this process – to make these caucuses the most accessible in our party’s history, and the satellite caucuses do just that,” said Iowa Democratic Party (IDP) Chair Troy Price in a statement announcing the new satellite sites.

BackPage 1 of 2Next →
In this article:history, mosques