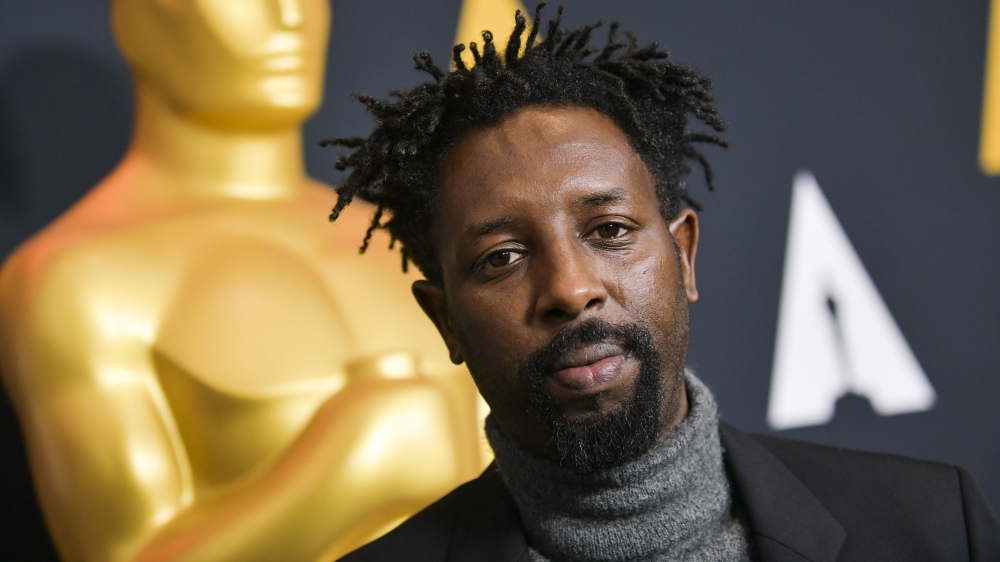 Les Miserables, a French film about police brutality set in the banlieues, or suburbs, of Paris is up for an Oscar for the best international feature.
Director Ladj Ly, who has made several documentaries, grew up where the film is set, in Montfermeil. The suburb features in Victor Hugo’s famous 1862 novel and is where riots broke out in 2005.
More:

The suburbs: A brief history of French housing estates

La Nouelywood: The banlieues of France

Interrogating the mechanics of power in France through art

Ly’s film, his first fiction, has been widely celebrated by the local community as he prepares for the biggest film event of the year on Sunday – the Academy Awards in Hollywood.
Many of the actors are from the housing estate – non-professionals including activist Almamy Kanoute, who plays an enigmatic owner of a fast-food restaurant to whom police and young people turn for advice.
“For decades, we’ve seen a denial of police violence,” Kanoute told Al Jazeera. “Recently we saw the repression faced by the yellow vest protesters where many discovered police violence. But we have always known about it because today’s repression was refined for years in the suburbs.”

Almamy Kanoute, who plays in Les Miserables, said police-led violence was ‘refined for years in the suburbs’ [Al Jazeera]

Portraying life in the suburbs came naturally to Ly, who as part of a neighbourhood “cop watch” filmed an incident of police-led violence 10 years ago. The officers caught beating up a resident were reprimanded, and one was suspended after Ly’s video went viral.
“I’ve always seen my camera as a weapon,” Ly said in a recent interview with Toronto International Film Festival.
For decades, French governments have ignored the suburbs, Ly says, where unemployment is high and opportunities are scarce.
“Nothing’s changing,” he told the AFP news agency. “Schools in the suburbs are a catastrophe, cultural associations have had their subsidies cut, so this film is a cry for help to say, ‘listen to us, because it’s more than 20 years that it’s been going badly and we feel like no one hears us,’.”
Les Miserables is bleak but its success has delighted Montfermeil residents, some of whom are travelling to Los Angeles for Sunday’s awards ceremony.
At the local football club, few imagined that a story set in their neighbourhood would be nominated for an Oscar.
“We’re so happy, because this shows that despite the reality, there are so many talented people in the suburbs,” Karim, a resident, told Al Jazeera.
Faoussa, another local, chipped in: “Ladj Ly proves that even young people in the suburbs can make it.”

Israeli forces kill 4 Palestinians in a day as tensions heighten