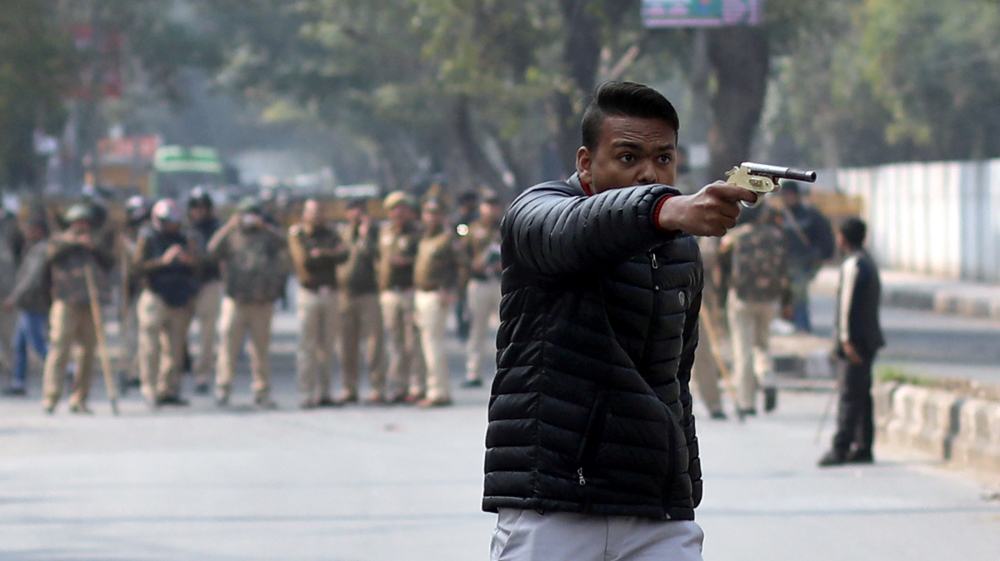 A gunman has fired a shot at a protest rally against India’s new citizenship law near Jamia Millia Islamia (JMI) university in the capital New Delhi, witnesses said.
“He [the gunman] was shouting, Delhi Police Zindabad [long live Delhi police] … who wants Azadi [freedom] come I’ll shoot you. And then he shot one fire,” said witness Nazim Qazi, who was also part of the protest, “A student named Shadab was hurt and has been taken to nearby Holy Family hospital,” he added.
More:

Another witness told Al Jazeera that JMI students were marching towards the memorial of Mahatma Gandhi, the leader of India’s independence struggle, when the attack happened.
The march was organised to coincide with the death anniversary of Gandhi, who was killed by a member of the Hindu far right, Nathuram Godse, in 1948.

The victim has now been moved to the trauma centre of All India Institute of Medical Sciences (AIIMS) in New Delhi, sources said.
A photograph circulated by the Reuters news agency showed the man, dressed in a black jacket and brandishing a single-barrel weapon, standing metres away from dozens of policemen deployed outside the university, where protesters had gathered for the march.

Advertisement. Scroll to continue reading.
BackPage 1 of 2Next →
In this article:fires, Gunman