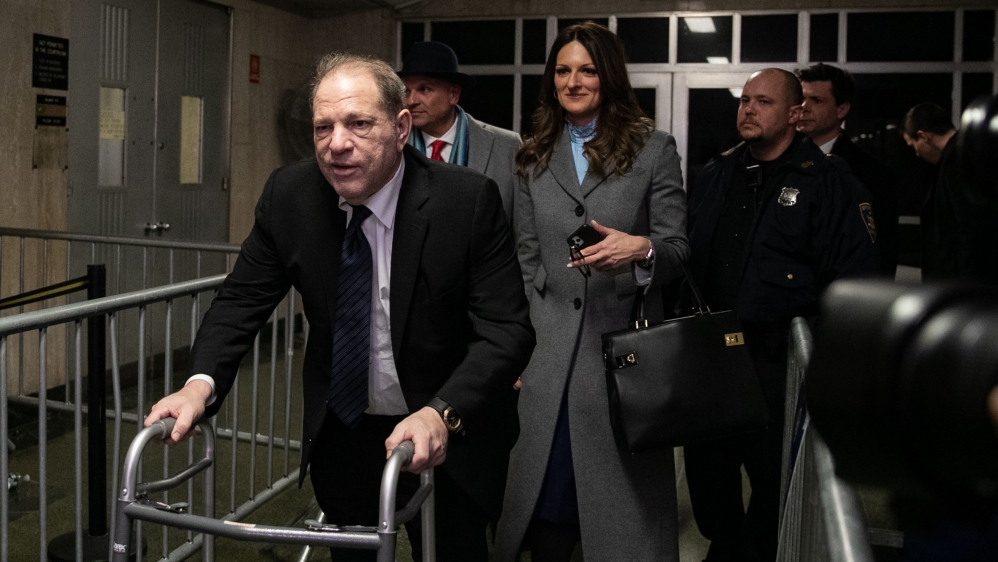 Prosecutors on Wednesday portrayed former Hollywood producer Harvey Weinstein as a serial predator who used his power to manipulate and sexually assault young women, while the defence argued that his accusers engaged in consensual sex that they later reframed as attacks.
During opening statements in the high-profile rape case, New York prosecutors accused Weinstein of committing violent attacks on aspiring actresses who suffered shame and humiliation as they struggled to deal with the trauma of the encounters.
More:

Weinstein accusers say he is ‘trying to gaslight society again’

Defence lawyers countered that emails from the accusers to Weinstein would show they maintained warm relations, which could undermine a case that appears to rely primarily on the testimony of the accusers.
Weinstein, 67, has pleaded not guilty to charges of assaulting two women, Mimi Haleyi and Jessica Mann. He faces up to life in prison if convicted of the most serious charge, predatory sexual assault.
The trial is a watershed moment for the #MeToo movement, in which women have gone public with allegations against powerful men in business and politics.
“The man seated right there was not just a titan in Hollywood, he was a rapist,” said Assistant District Attorney Meghan Hast as Weinstein looked on from the defence table.

Harvey Weinstein charged with rape, sex abuse and other crimes

BackPage 1 of 2Next →
In this article:Harvey, Weinstein