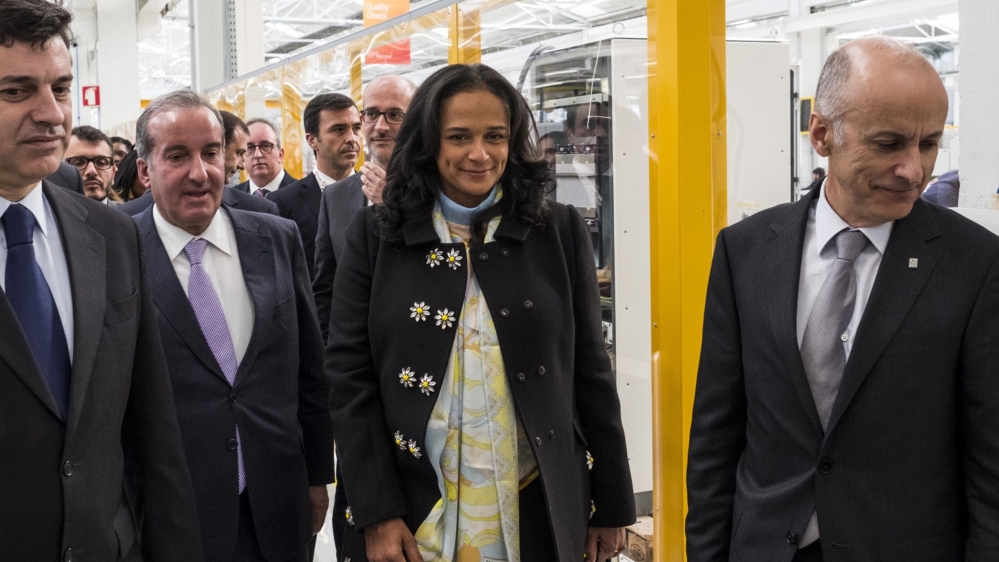 The United States is the world’s most complicit country in helping individuals hide money from the rule of law, according to a new report from the Tax Justice Network (TJN). The network’s findings come as Angola accuses Africa’s wealthiest woman of siphoning public funds and moving the money offshore with the help of western consulting firms. The scandal has become known as the “Luanda Leaks”.
Isabel dos Santos, the daughter of Angola’s former president, is worth an estimated $2bn, according to Forbes magazine. The International Consortium of Investigative Journalists (ICIJ) claims dos Santos used an “army” of Western advisors to “hide assets from tax authorities”.
Isabel dos Santos took advantage of a US secrecy jurisdiction.Fergus Shiel, ICIJ Luanda Leaks project manager

“Isabel dos Santos, too, took advantage of a US secrecy jurisdiction. The Luanda Leaks documents show that dos Santos used a Delaware company to buy property in Portugal. Delaware is one of the easiest places to create a low-taxed, secretive company,” said Fergus Shiel, Luanda Leaks project manager at the ICIJ.
Africa’s first female billionaire is accused of using international tax havens to move and store her assets. In a televised interview, dos Santos told Al Jazeera the allegations levied against her are untrue.
Calculating financial secrecy
In the “The Financial Secrecy Index”, TJN ranks nations by how much their financial systems allow people to hide and launder money extracted from other countries. The 2020 index found that the US increased its financial secrecy by 15 percent, and overtook Switzerland as one of the top destinations for people looking to hide money.
Now holding the top spot is the Cayman Islands, where financial secrecy jumped 24 percent.
The index ranks countries on a scale from 1 to 100. Zero means full transparency, while 100 means cloaked in full secrecy. The score is combined with the volume of financial activity conducted in the country by non-residents.
Secrecy causes communities in developing countries to lose vital funds while other communities get pumped with dirty money.
Mark Bou Mansour, Tax Justice Network

Also on the top 10 list are Hong Kong, Singapore, Luxembourg, Japan, the Netherlands, the British Virgin Islands and the United Arab Emirates. And while lower-income countries supply only one percent of financial secrecy measured, they are the most vulnerable to “feel the sting” of its consequences.
“Financial secrecy keeps drug cartels bankable, human trafficking profitable and tax abuse feasible,” TJN’s Mark Bou Mansour told Al Jazeera. “Secrecy causes communities in developing countries to lose vital funds while other communities get pumped with dirty money.”
There is some good news, however. The global total of all financial secrecy shrunk by seven percent since 2018, “meaning less room for money laundering, tax evasion and huge offshore concentrations of illicit and untaxed wealth”, according to the TJN report.
Hiding money in the UK and US
Increasing levels of financial secrecy in the US are largely due to the passing of a new law permitting the establishment of non-charitable private foundations without the need for disclosure, the report said. The US has also yet to sign onto the Common Reporting Standard, which is maintained by the Organisation for Economic Co-operation and Development (OECD) and which currently has 105 signatories.
Meanwhile, the United Kingdom increased its secrecy score by four points, more than any other country, with the trend extending to its network of satellite jurisdictions made up of Overseas Territories and Crown Dependencies. This includes the top-ranked Cayman Islands, as well as the British Virgin Islands, which ranked ninth, and Guernsey, which ranked 11th.
The report also claims OECD members are responsible for nearly half of the world’s financial secrecy.
Isabel dos Santos
The 2020 report ranks Angola as the second-most internally secretive country in the world. Angola is currently investigating former first daughter Isabel dos Santos as part of a campaign launched by President Joao Lourenco to root out corruption.
For the first time in the history of its financial secrecy rankings, TJN has placed Angola on its list.

Earlier this year, the ICIJ’s team of 120 reporters in 20 countries was able to trace “how an army of Western financial firms, lawyers, accountants, government officials and management companies helped [dos Santos and her husband] hide assets from tax authorities”.
“Based on a trove of more than 715,000 files, our investigation highlights a broken international regulatory system that allows professional services firms to serve the powerful with almost no questions asked,” said the ICIJ.
“What the Luanda Leaks shows is that secrecy aids the flow of money from poor countries to rich ones,” Sheil told Al Jazeera. The Luanda Leaks also highlights how that such secrecy can provide cover for unscrupulous deals.
“If the richest nations in the world, ones like the US, wanted to end the abuses afforded by secrecy, they could do so,” Shiel added.
Meanwhile, dos Santos has denied all accusations made against her.
“This is a very concentrated attack. It is an attack that has been very well coordinated. It’s an attack coordinated with foreign media that is working with the Angolan authorities to create a false perception of my business,” dos Santos told Al Jazeera.
Continue Reading…

Panic in Kashmir as cases filed against social media users