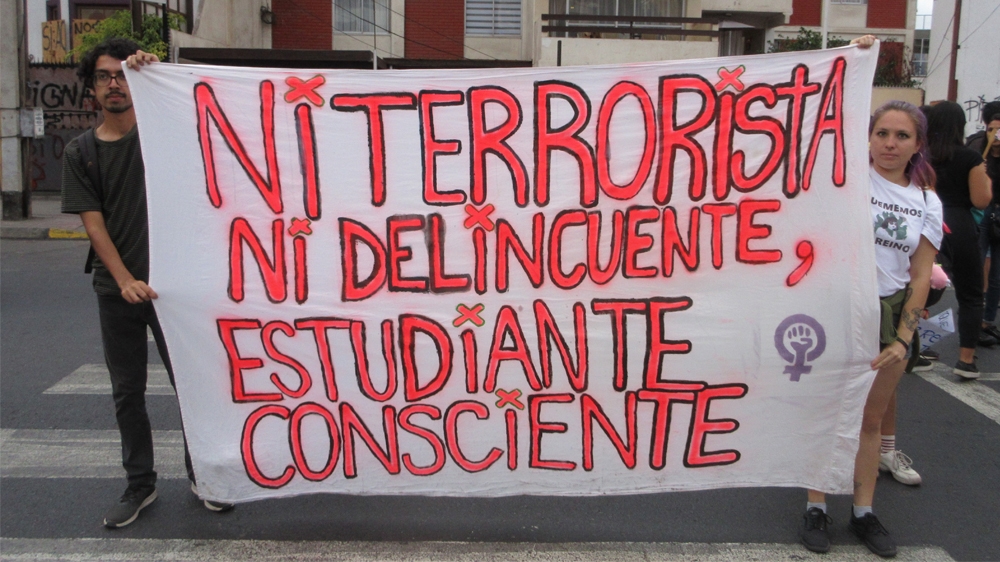 Antofagasta, Chile – High school students in Chile are leading a resurgence in the protests against structural inequality that have rocked the country in recent months.
This week, as a new school year began, many high-school students took to the streets instead of returning to classes, organising marches and other protest actions throughout the country.
More:

“There is a lot of anger and discontent,” Coordination of Antofagasta Secondary Students spokesperson, Miyaray Jimenez, told Al Jazeera at a student march in Antofagasta, a city 1,335km (830 miles) north of the capital, Santiago.
“For those of us who study in free municipal high schools, the education they give us is terrible,” the 17-year-old added.
Along with an overhaul of healthcare and the privatised pension system, the country’s education system is a top priority for protesters and Chileans in general.
The disparity in quality between public and private school education is a key concern, as is university student debt.
“We want to get the marketplace out of education,” Jimenez said.
445 documented eye injuries
High school students’ protests in October sparked nationwide mass demonstrations against the country’s economic model and structural inequality.
Over the past four-and-a-half months, thousands of protesters have been arrested and injured. Arson, police and military crackdowns and accidents have left more than 30 people dead.
Protests waned in size and frequency by late December, the start of summer holidays in the southern hemisphere, but were expected to pick up again this month.
The writing was literally on the wall in Antofagasta, where “March is coming” messages began popping up last month among the streams of political graffiti in the city centre.

BackPage 1 of 2Next →
In this article:school, students