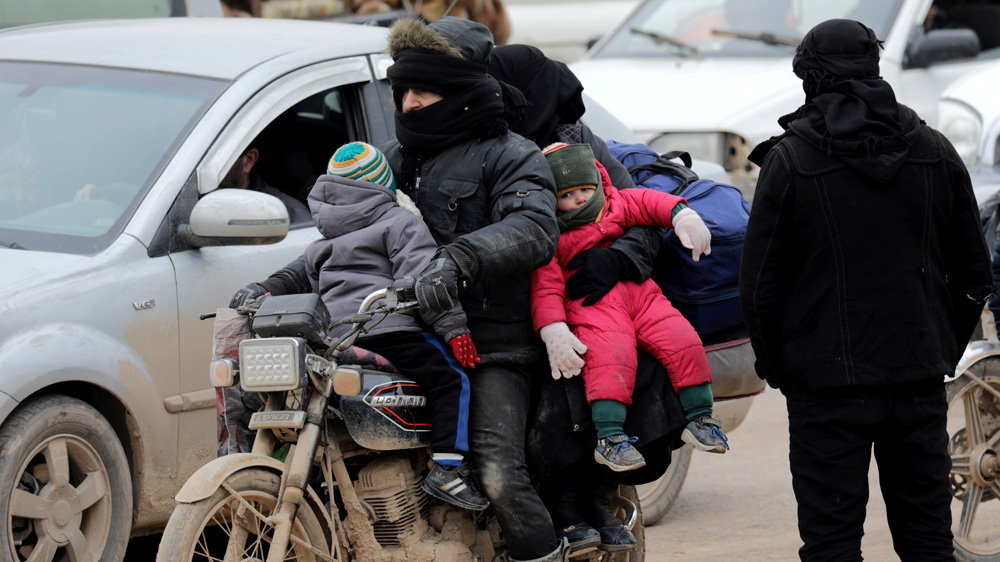 The United Nations High Commissioner for Human Rights (UNHCR) is “horrified” by the surge in fighting in northwest Syria and called for humanitarian corridors to assist the largest exodus of civilians since World War II.
Michelle Bachelet on Tuesday also accused the Syrian government and its ally Russia of deliberately targeting civilians and civilian infrastructure.
More:

A doctor in Idlib: ‘It cannot get more evil than this’

Idlib IDPs: ‘The situation is so bad, it is like Judgement Day’

“No shelter is now safe. And as the government offensive continues and people are forced into smaller and smaller pockets, I fear even more people will be killed,” Bachelet said.
Nearly 300 civilians have been killed in attacks this year in northwest Syria, with 93 percent of the deaths caused by Syrian and Russian forces, she said.
In a statement expressing “horror at the scale of the humanitarian crisis”, Bachelet denounced direct hits on or near camps of displaced civilians, as well as on medical and education facilities, including two hospitals on Monday.
She has previously said such acts could be war crimes.

BackPage 1 of 2Next →
In this article:Horror', Syria