Harare, Zimbabwe – Health professionals in Zimbabwe have sounded the alarm over the country’s limited capacity to test people for the new coronavirus, warning that a lack of critical equipment and infrastructure shortages may result in many cases being undetected.
Zimbabwe reported its first case on March 20 and so far, it has tested only 392 people for COVID-19, the highly infectious respiratory disease caused by the new coronavirus. The country – which has only one COVID-19 test centre, in the capital, Harare – has confirmed 11 cases, including three deaths.
More:

Among the fatalities confirmed to date has been a 79-year-old man in Bulawayo, Zimbabwe’s second-largest city.
Health authorities confirmed he had been infected with the new coronavirus on Tuesday, three days after his death. The man had initially been diagnosed with pneumonia late last month, but when his condition deteriorated, doctors decided to have him tested for virus.
However, Bulawayo does not have a treatment facility.
“As it is, there are only 500 test kits we got from World Health Organization (WHO) and we have used close to 400 of those. Apart from that, we only have one testing centre countrywide. All specimens have to come to Harare,” Norman Matara, secretary of the Zimbabwe Association of Doctors for Human Rights, told Al Jazeera on Thursday.

He warned that the government, which has imposed a 21-day lockdown, was ill-prepared to cope with the pandemic and underlined the need for medical staff to be trained to deal with COVID-19.
“We think the case of the late Bulawayo patient could have been handled better. Instead, the late patient took too [long] to get tested. He reported to his GP on March 23 and only got tested on April 2. His results only came on Tuesday, three days after his death and almost two weeks after he got sick,” Matara said.
Opposition leader Nelson Chamisa warned the lack of testing kits could spell disaster.
“A disaster is loading in Zimbabwe. Lives are at risk. We must invest in testing and tracking. A lockdown without testing, tracking and isolation is useless,” Chamisa said in a Twitter post.
“Rwanda has tested 1,500 people in two days and South Africa has tested 68,000 so far. Zimbabwe has ‘tested’ 392 people only over the past month.”
Government spokesman Nick Mangwana had not returned calls and messages for comment at the time of publication.
As part of measures to contain the spread of the coronavirus, the government has declared a state of national disaster and banned all public gatherings of more than 50 people for 60 days. Some of the banned gatherings include church services, weddings and all international sporting fixtures.
President Emmerson Mnangagwa’s government has also ordered the closure of schools and designated three hospitals as quarantine facilities for COVID-19. Authorities in Harare, meanwhile, have installed hand-washing basins in the capital’s central business district and began sterilising public places with both hand-held fumigation tanks and water tankers.
‘Elbowed out’
Years of underfunding and a deepening economic crisis emanating from mismanagement has brought the country’s health sector to its knees. Doctors and health workers have filed a lawsuit against the government over the lack of personal protective equipment that front-line medical staff desperately need.
But Zimbabwe is one of a number of African countries facing a dire shortage of medical equipment needed to combat the pandemic.
On Thursday, African Union officials said the continent is “being elbowed out” by rich countries in the global race for testing kits and other necessary gear to contain the spread of the coronavirus.
“That has to stop,” John Nkengasong, director of the Africa Centres for Disease Control and Prevention, told reporters.
“The cornerstone to preventing any disease is to test. Only when we’re able to test will we be able to trace contracts and administer treatment if needed,” Kwesi Quartey, deputy chairperson of the African Union Commission, added.
Owing to testing challenges in many African countries, concerns have been raised that cases are going undetected. Nkengasong, however, expressed confidence that the tally was fairly accurate, saying it would be difficult to hide a large number of unreported cases because hospitals “would be flooded with people”.
But Farai Maguwu, a human rights defender and founding director of the Centre for Research and Development, said the lack of testing kits in Zimbabwe meant that the coronavirus outbreak in the country “is much worse”.
“People are being fed with daily dosages of propaganda by the Minister of Health when the pandemic is spreading like a wildfire,” he alleged. “The fact that coronavirus patients visit GPs on several occasions before a proper diagnosis is done means the pandemic is now beyond control.”

The Ministry of Health and Child Welfare has strongly denied claims that it is underplaying the numbers of those infected.
Zimbabwe received 20,000 testing kits from Chinese billionaire Jack Ma, last month but they are said to be faulty.
“The kits from the Chinese are not functional and government has had to rely on the donated kits from the World Health Organisation,” Matara said.
As of Thursday, there were about 11,400 confirmed cases of COVID-19 on the continent – a rise of more than 4,000 from just a week ago, and 572 deaths.
According to the WHO, there are fewer than 5,000 intensive care unit beds available across 43 of the continent’s 54 countries: “This is about five beds per one million people in the reported countries compared to 4,000 beds per one million people in Europe,” it said in a statement.
Globally, the coronavirus has infected more than 1.5 million people as of Thursday, with a death toll of some 93,000 people.
Continue Reading…

Iranian drones and gunboats may want to think twice before harassing U.S. Navy vessels after a successful round of testing on a new laser weapon. Capt. Karrey Sanders of the amphibious transport dock ship Portland recently commented on the Solid State Laser Weapons System Demonstrator, which disabled a UVA for the first time on May… 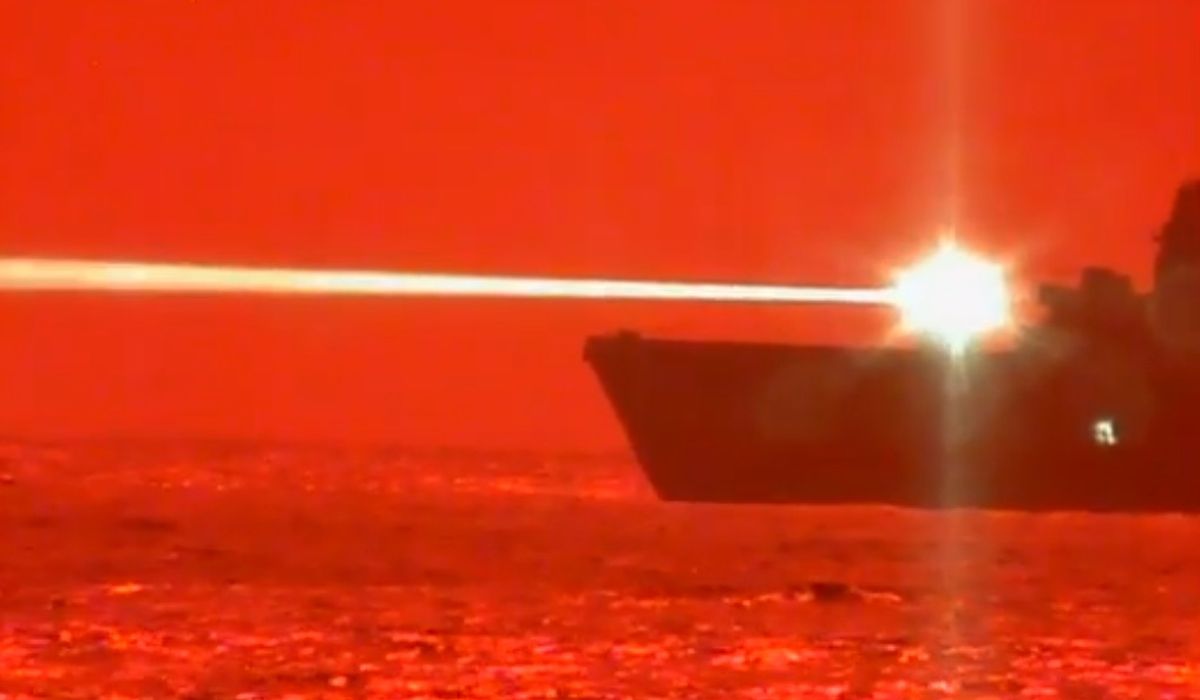 Iranian drones and gunboats may want to think twice before harassing U.S. Navy vessels after a successful round of testing on a new laser weapon.

Capt. Karrey Sanders of the amphibious transport dock ship Portland recently commented on the Solid State Laser Weapons System Demonstrator, which disabled a UVA for the first time on May 16.

Footage of the weapon in operation was also published on YouTube.

“[It’s] redefining war at sea for the Navy,” he said, Military.com reported. “By conducting advanced at-sea tests against UAVs and small craft, we will gain valuable information on the capabilities of the Solid State Laser Weapons System Demonstrator against potential threats.”