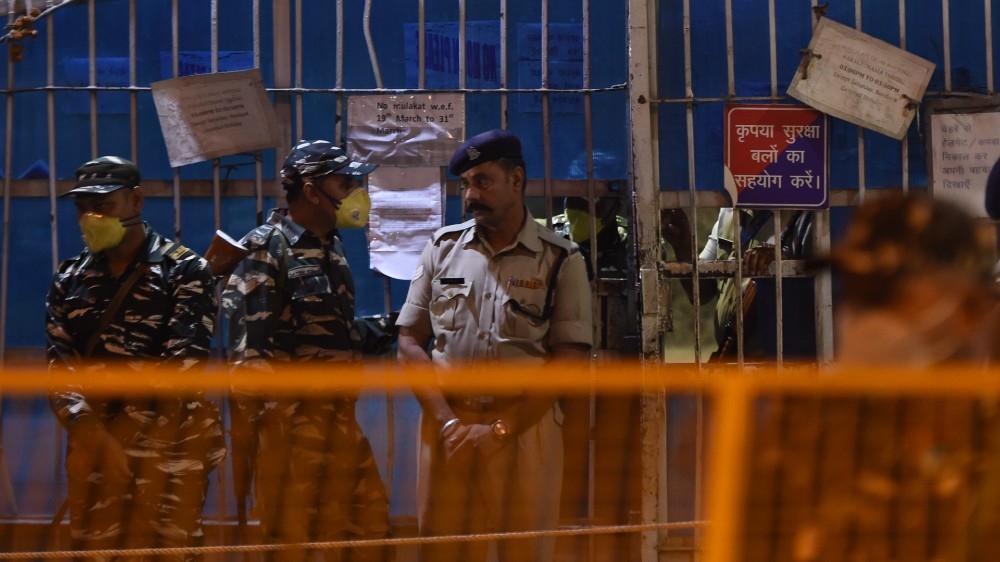 India has executed four men for the gang rape and murder of a woman on a Delhi bus in 2012 that sparked huge nationwide protests and international revulsion.
The four were hanged before dawn on Friday at Tihar jail in the Indian capital, the head of the prison, Sandeep Goel, told AFP news agency, in India’s first use of capital punishment since 2015.
More:

Madhya Pradesh: The Indian state with most death row cases

Violence against women and collective guilt in India

The four hung on Friday were gym instructor Vinay Sharma, bus cleaner Akshay Thakur, fruit seller Pawan Gupta and Mukesh Singh, unemployed. They were all sentenced to death by a fast-track court in 2013.
Indian Prime Minister Narendra Modi in a Twitter post said, “Justice has prevailed.”
“It is of utmost importance to ensure dignity and safety of women,” he said.
Today, justice has been done after seven years
Victim’s mother

Hundreds of police were deployed outside the jail to control a crowd that waited to celebrate the execution. Some held placards that read “Justice for women” and “Hang the culprits”, Reuters news agency reported.
The crime, which happened on the night of December 16, 2012, sparked enormous protests and global outrage. The victim was dubbed Nirbhaya – the fearless one – by the Indian press, as she could not be named under Indian law.
“Today, justice has been done after seven years,” the victim’s mother told reporters outside the prison. “I salute Indian judiciary and thank God for hearing our prayers … my daughter’s soul can now rest in peace.”

Advertisement. Scroll to continue reading.
BackPage 1 of 2Next →
In this article:hangs, India