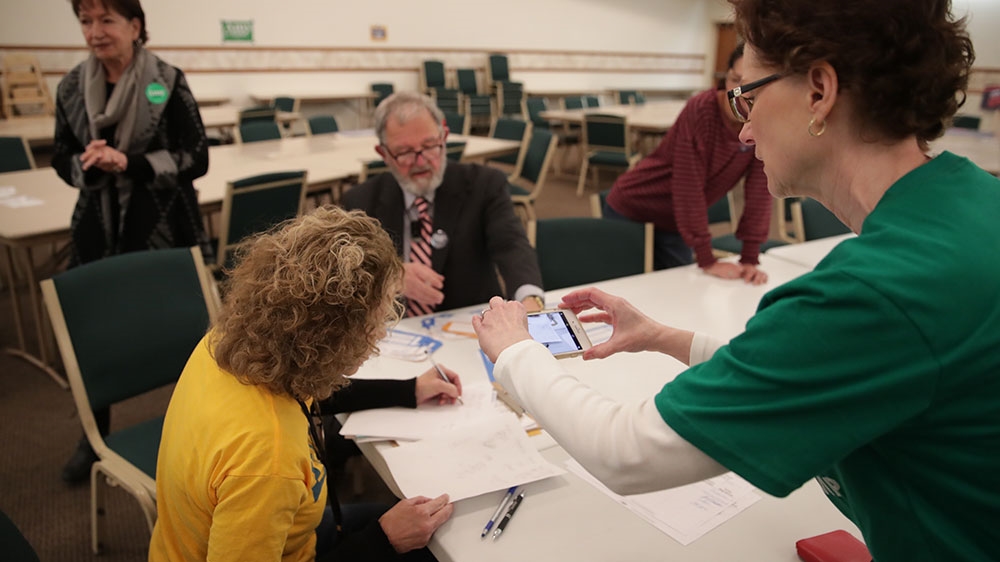 A new mobile app was supposed to help United States Democratic officials quickly gather information from some 1,700 caucus sites throughout Iowa. Instead, a “coding issue” within the app is being blamed for delays that left the results unknown the morning after the first-in-the nation presidential nominating contest and caused chaos Monday night.
Glitches with a new mobile app Monday caused confusion, and some caucus organisers were forced to call in results for the state party to record manually, introducing delays and the possibility of human error. Iowa Democratic Party Chairman Troy Price said the delays were not the result of a breach and party systems were secure.
“While the app was recording data accurately, it was reporting out only partial data. We have determined that this was due to a coding issue in the reporting system,” Price said in a statement on Tuesday, adding the issue has since been fixed. “The application’s reporting issue did not impact the ability of precinct chairs to report data accurately.”
More:

The Iowa Democratic Party told presidential campaigns it will release more than half of Monday’s delayed caucus results at 4pm local time (22:00 GMT) on Tuesday.
“We have always said that we have a paper trail in this process,” Price told campaigns on a briefing call. “We’ve always had to chase down results.”
Price said that the results would be released as they are finalised.
US Department of Homeland Security Acting Secretary Chad Wolf told Fox News on Tuesday that there was no indication of “any malicious cyberactivity”. He added that Iowa Democrats declined his department’s offer to test the reporting app. That’s not unusual, as outside security firms do similar testing. The state party had said previously that it had worked closely with security experts to test the app.
‘A mess’
Des Moines County Democratic Chair Tom Courtney said he heard that in precincts across his county, including his own, the mobile app was “a mess”. When precinct leaders called Democratic Party headquarters, “they weren’t answering the phones”, Courtney said.
The problems were an embarrassment for a state that has long sought to protect its prized status as the first contest in presidential primaries and the nation’s first vetter of candidates. The delay was certain to become fodder for critics who argued that the caucuses – party meetings that can be chaotic, crowded and messy – are antiquated and exclusionary.

The Iowa Democratic Party pressed forward with the new reporting system amid warnings about the possibility of hacking and glitches. Party officials said they took numerous security precautions and maintained that any errors would be easily correctable because of backups and a paper trail.
But organisers running precincts in Iowa didn’t get to test the app beforehand. Iowa party officials had said they would not be sending the new mobile app to precinct chairs for downloading until just before the caucuses to narrow the window for any interference.
Some precinct chairs said they had trouble downloading or logging into the app and didn’t use it.
The apps were barely working Monday night, according to a person involved in processing the data who requested anonymity to discuss the party’s internal system. That forced party aides to record results from the precincts via phone and enter them manually into a database. Officials were left using photos of results to validate outcomes and ensure accuracy.

Advertisement. Scroll to continue reading.
BackPage 1 of 2Next →
In this article:caucus, chaos'