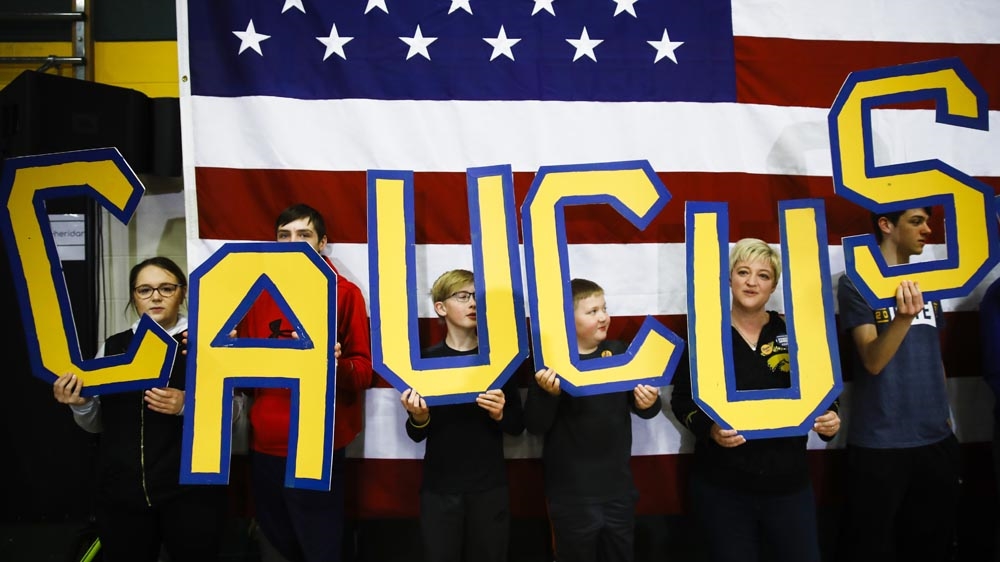 West Des Moines, Iowa – The results of the Iowa caucuses, the first voting contest of the US 2020 presidential election season, have been delayed “due to quality checks”, the Iowa Democratic Party said late on Monday.
“The integrity experienced a delay in the results due to quality checks and the fact that the [Iowa Democratic Party] is reporting out three data sets for the first time,” the party said in an emailed statement, adding later that there was “simply a reporting issue” and there had been no “hack or intrusion” with the app the precincts were using to report results. It was unclear when exactly official results would be announced.
More:

As Iowans eagerly awaited the results, Senators Amy Klobuchar, Bernie Sanders and Elizabeth Warren, as well as former Vice President Joe Biden and former South Bend, Indiana, Mayor Pete Buttigieg appeared in their respective campaign headquarters to reassure their supporters.
“We know one thing: we are punching above our weight,” said Klobuchar, the first of the 10 candidates participating in Iowa’s caucuses to address the delay.
Warren told her supporters that they may not “know the results from tonight, but tonight has already shown that Americans have a hunger for big structural change”.

Attendees sit in a gymnasium during a caucus in Des Moines, Iowa [Jonathan Ernst/Reuters]

BackPage 1 of 2Next →
In this article:caucus, results