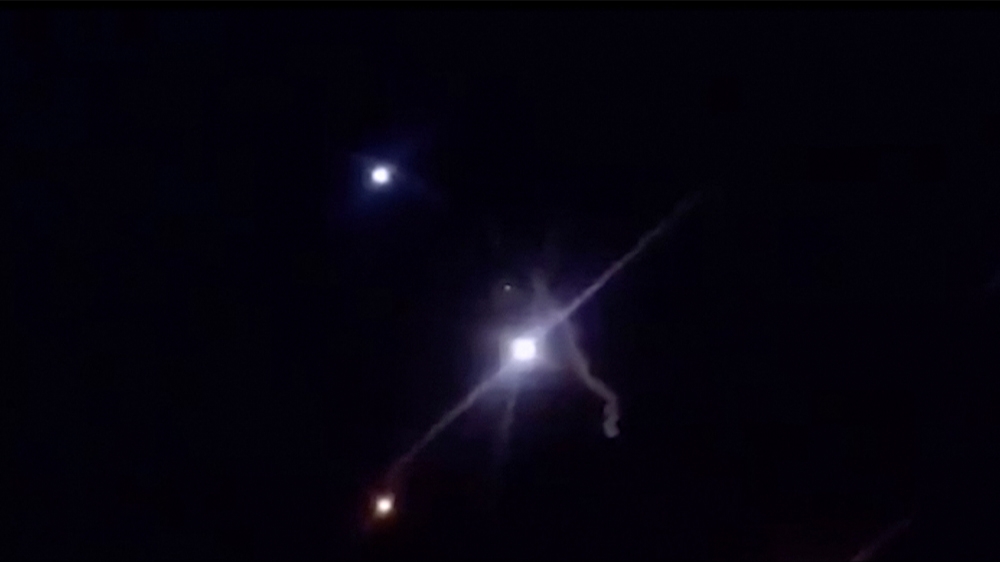 Iran launched a series of missile attacks on US facilities in northern Iraq, including the Ain al-Asad military base where US troops are stationed, less than a week after the United States killed Qassem Soleimani, one of Iran’s top generals.
Iranian state television said the Revolutionary Guard had attacked Ain al-Asad airbase and threatened “more crushing responses” if the US launched any fresh attacks following the Iranian retaliation.
More:

Iran attacks US facilities in Iraq: All the latest updates

US military has no plans to leave Iraq: US defence chief

In a statement, Iran warned the US allies in the region that they too would be attacked if they allowed their countries to be used for attacking Iran.
Al Jazeera’s Osama bin Javaid, reporting from Baghdad, said 13 rockets had been fired at Ain al-Asad airbase and there had also been an attack on facilities close to the airport in Erbil.
The strikes come less than a week after the US attack on Soleimani, who was killed near Baghdad’s international airport, alongside Iraqi paramilitary commander Abu Mahdi al-Muhandis and several others.
Trump briefed
In the United States, the Pentagon confirmed more than a dozen rockets had been launched against US military and coalition forces in Iraq and that the missiles had come from Iran.
“We are working on initial battle damage assessments,” Pentagon spokesman Jonathan Hoffman said in a statement. “We will all take all necessary measures to protect and defend US personnel, partners and allies in the region.”
There were no immediate reports of casualties.
US Secretary of State Mike Pompeo and Defense Secretary Mark Esper arrived at the White House late on Tuesday, and an official said President Donald Trump had been briefed on the attacks and was monitoring the situation closely.
Hours earlier on Tuesday, Esper said the United States should anticipate retaliation from Iran over the killing of Soleimani who was commander of the elite Quds Force.

BackPage 1 of 2Next →
In this article:launches, missile