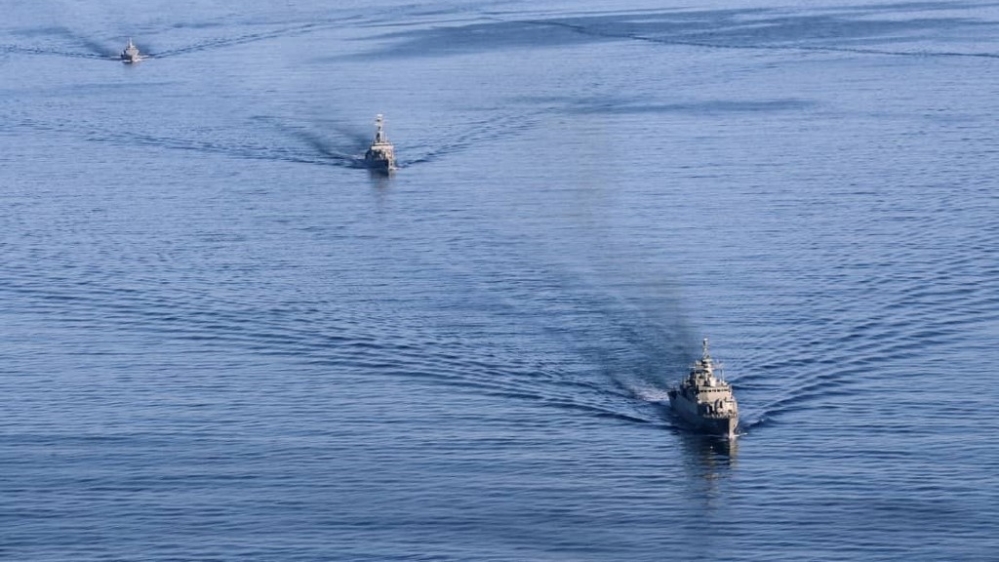 At least 19 sailors have been killed and 15 wounded after an Iranian missile fired during a training exercise in the Gulf of Oman struck a support vessel near its target, Iran’s army said.
The friendly fire incident happened on Sunday near the port of Jask, about 1,270 kilometres (790 miles) southeast of Tehran on the Gulf of Oman, a statement on the army’s website said on Monday.
More:

Trump says US will destroy Iranian gunboats harassing US ships

“On Sunday afternoon, during an exercise by a number of the navy’s vessels in Jask and Chabahar waters, the Konarak light support vessel had an accident,” said a statement on the army’s website.
“The number of this accident’s martyrs is 19 and 15 have also been injured,” it added, saying the vessel had been towed ashore.
The missile struck the Konarak, a Hendijan-class support ship, which was taking part in the exercise.

At least a navy sailor has been killed & several injured in a naval accident on a light Iranian vessel in the Gulf of Oman on Sunday pic.twitter.com/2del4M6ZMw
— ISNA International (@Isna_Int) May 11, 2020

State television described the incident as an accident, saying the Konarak, a Hendijan-class support ship which was struck by the missile, had been putting targets out in the water for other ships to fire on and had strayed too close to a target.
“Iran’s Moudge-class frigate Jamaran accidentally hit the Konarak ship with a missile during the exercise,” Iran’s semi-official Tasnim news agency reported.
Iranian media said the Konarak had been overhauled in 2018 and was able to launch sea missiles.
The Dutch-made, 47-metre (155-foot) vessel had been in service since 1988.
It was not immediately clear how many crew members were on board the warship at the time of the accident.
Turkey’s Anadolu Agency said at least 20 people had been killed and that there were as many as 40 crew members on board the Konarak.

Anadolu said the incident had been blamed on “human error”, citing sources in Iran’s Islamic Revolutionary Guards Corps.
Iran regularly holds exercises in the Gulf of Oman, which is closed to the strategic Strait of Hormuz, the narrow mouth of the Gulf, through which 20 percent of the world’s oil passes.
Iranian media rarely report on mishaps during its exercises, highlighting the severity of the incident.
US-Iran tensions
The incident also comes at a time of heightened tensions between Iran and the United States.
Relations between the two foes have deteriorated sharply since 2018 when US President Donald Trump withdrew his country from a 2015 nuclear deal between key powers and Iran.
Washington then reimposed sanctions on Tehran, crippling its economy.
The animosity deepened in early January when the US assassinated top Iranian military commander Qassem Soleimani in Baghdad, the capital of Iraq.
Iran retaliated on January 8 by firing missiles at bases in Iraq where US troops were stationed.
On the same day, Iran’s armed forces shot down a Kyiv-bound Boeing 737 passenger jet over Tehran, killing all 176 people on board.
The military admitted to the catastrophic error, saying it came as Iran’s air defences were on high alert after firing the barrage of missiles at US targets in Iraq.
Continue Reading…