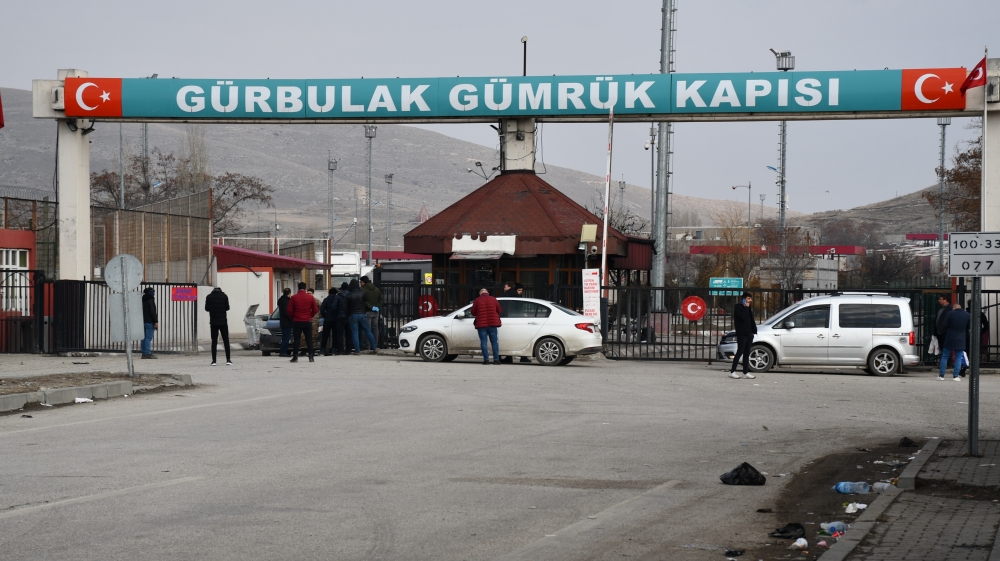 Turkish state media says the blast happened close to the Gurbulak border crossing in the province of Agri [File: Anadolu]
Iran’s natural gas exports to Turkey have stopped after a “terrorist” attack on a pipeline inside Turkey, an Iranian official told state television.
“This morning, terrorists attacked a natural gas pipeline inside Turkey near Iran’s Bazargan border with Turkey … flow of gas has been halted,” said Mehdi Jamshidi-Dana, director of National Iranian Gas Co on Tuesday.
More:

Turkish drones – a ‘game-changer’ in Idlib

“The pipeline has exploded several times in the past. It is also likely that the PKK group has carried out the blast,” he told Iran’s state news agency IRNA, referring to the outlawed armed group, the Kurdistan Workers Party.
Jamshidi-Dana said “the Turkish border guards have left” because of the coronavirus outbreak before adding that “we have informed them of the explosion and are waiting for their response”, IRNA reported.
“It takes usually three to four days to repair and resume gas exports.”
Turkish side confirms blast
Turkey’s state-run Anadolu Agency confirmed that a blast near the Gurbulak crossing – known as Bazargan on the Iranian side – in the Agri province damaged the pipeline and halted the flow of natural gas.
Firefighters extinguished the flame caused by the explosion, the agency said, adding that military forces had secured the area.
Anadolu also said an investigation was ongoing to find out what caused the explosion.
The pipeline, which carries approximately 10 billion cubic meters of Iranian gas to Turkey annually, had been attacked frequently by Kurdish militants during the 1990s and up until 2013 before a ceasefire was established.
The PKK is designated a terrorist organisation by Turkey, the United States and the European Union. Some 40,000 people have been killed in the fight between Turkish forces and the PKK ongoing since 1980s.