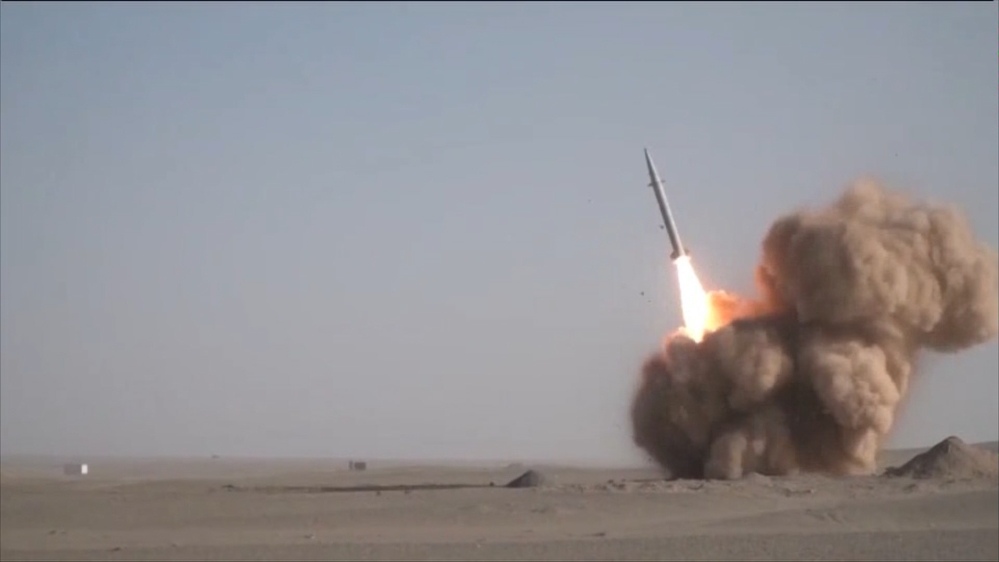 In the space of a few hours on Sunday, Iran unveiled a new ballistic missile and launched a domestically-built satellite – which failed, however, to reach orbit.
The launch of the satellite happened at 7:15pm local time at Imam Khomeini Spaceport in Iran’s Semnan province, some 230km (145 miles) southeast of the capital, Tehran. State television said, however, that a Simorgh rocket could not put the Zafar 1 communications satellite into orbit due to a low speed.
More:

‘Peaceful use of space’: Iran to launch observation satellite

“Stage-1 and stage-2 motors of the carrier functioned properly and the satellite was successfully detached from its carrier, but at the end of its path it did not reach the required speed for being put in the orbit,” Ahmad Hosseini, spokesman for the defence ministry’s space programme, told state TV.
The satellite, which Iran says was to be used for scientific observation, is part of a programme that the United States has previously described as a “provocation”.
Iran’s Telecommunications Minister Mohammad Javad Azari Jahromi admitted in a Twitter post that “failure happened”, adding: “But We’re UNSTOPPABLE! We have more Upcoming Great Iranian Satellites!”
New ballistic missile
Earlier on Sunday, the elite Islamic Revolutionary Guards Corps (IRGC), in charge of Iran’s missile programme, unveiled a new ballistic missile which it said was powered by a new generation of engines designed to send satellites into orbit.
The announcement came just days before the 41st anniversary of the 1979 Islamic Revolution, an occasion routinely used by Iran to display technological advances for its armed forces.
State television said the new short-range ballistic missile – dubbed the Raad-500 – can reach up to 500km (310 miles). That is some 200km (124 miles) more than the Fateh-110, a ballistic ground-to-ground missile first unveiled in 2002 that weighs twice as much as the new missile.
The Raad-500 is also equipped with new Zoheir engines made of composite materials lighter than on earlier steel models, according to the IRGC’s Sepah News website.
The Guard also unveiled new missile engines made of the same material but with a “movable nozzle” for the delivery of the satellites into space. The technology increases a missile’s accuracy in hitting targets.
IRGC commander Hossein Salami unveiled the missile and engines alongside the force’s aerospace chief General Amir Ali Hajizadeh, in an unknown location, according to state television.
Salami said the movable nozzle on the new engine allowed “manoeuvrability beyond the atmosphere” and amounted to a “leap in modern missile technology”. The new technologies that made the missiles “cheaper, lighter, faster and more precise” could be applied to all of Iran’s missile classes, he added.

BackPage 1 of 2Next →
In this article:missile, shows