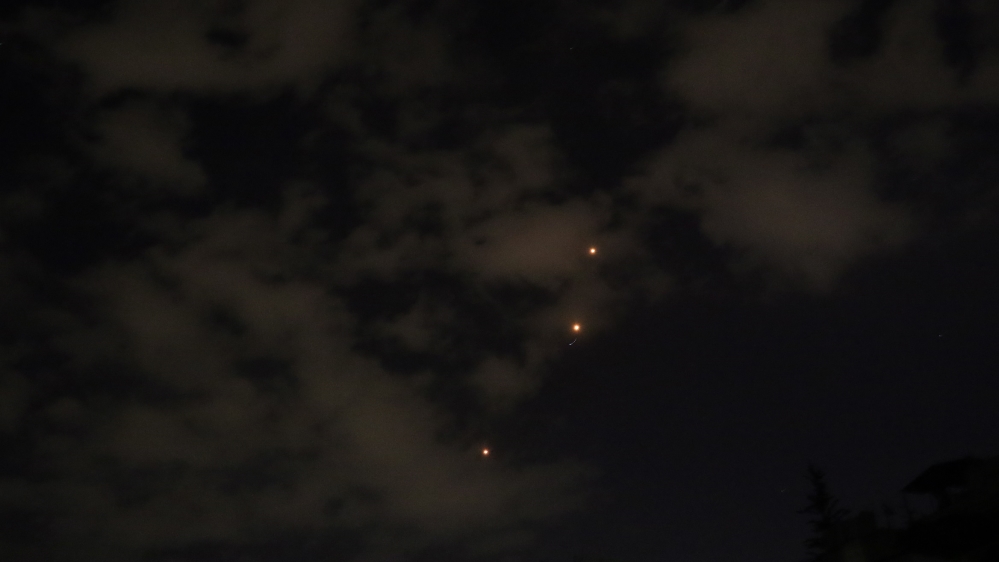 Two Islamic Jihad fighters have been killed in an Israeli air attack on Damascus, the armed group has said, as Israel confirmed the raid on the Syrian capital as well as in the besieged Gaza Strip.
A statement from the Palestinian Islamic Jihad (PIJ) armed group on Monday said the two men, who were members of the group, were killed during the “Zionist bombing in Damascus,” which took place late on Sunday night.
More:

Hezbollah and Israel: A timeline of cross-border attacks

Earlier, Israel said it launched the attack south of Damascus following rocket fire from the Palestinian territory Gaza.
“In the Adeliyah region, outside of Damascus, an Islamic Jihad compound was struck, used as a hub of Islamic Jihad’s activity in Syria,” it added, while confirming several other attacks in Gaza.
It is rare for Israel to claim such attacks directly.
Al Jazeera also received independent confirmation about the air raids in Gaza.
Images received by Al Jazeera showed a ball of fire lighting up the night sky in one Gaza neighbourhood, as thick smoke rose. There were no immediate reports on casualties.
The PIJ operates in the occupied Palestinian territories and Syria and fired more than 20 rockets from Gaza throughout Sunday.

BackPage 1 of 2Next →
In this article:Claims, Israel