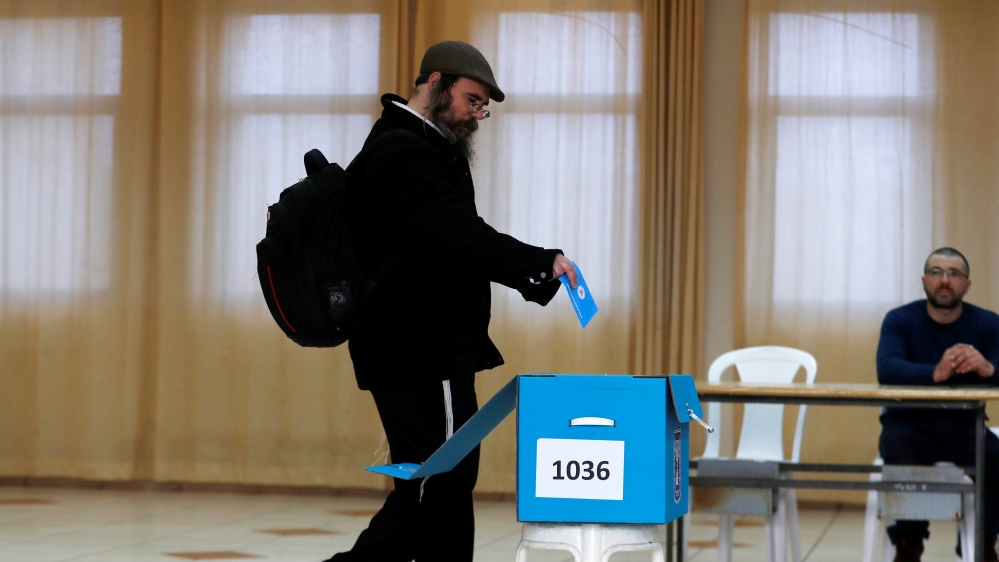 Israeli Prime Minister Benjamin Netanyahu gained seats in Israel’s election on Monday, according to early exit polls that put him almost within grasp of a right-wing governing coalition.
But it is unclear whether Netanyahu can clinch a parliamentary majority needed to claim victory.
Exit polls on Israel’s main TV channels projected Netanyahu’s Likud Party and its religious and nationalist allies would capture 60 seats, leaving it one seat short of the majority needed to claim victory.
Netanyahu’s Likud Party won about 37 seats, ahead of his rival Benny Gantz of the centrist Blue and White alliance, according to media channels.
The early results came after a hard-fought campaign for the country’s third election in less than a year.
More:

Netanyahu pledges to build new settler homes ahead of elections

How will the US Middle East plan impact the Israeli election?

If final results give Netanyahu a parliamentary majority, it would pave the way for a new term and give him a boost as he prepares to go on trial for corruption charges.
But if he falls short, the country’s year-long political deadlock will continue and it could potentially face a fourth consecutive election.
Israeli exit polls are often imprecise and final results could change. Official results are expected to come in throughout the night.
Polls for 6.4 million eligible voters opened at 7am (05:00 GMT) and closed at 10pm (20:00 GMT).
Israeli citizens aged 18 and over, including those living in illegal settlements in occupied East Jerusalem and the West Bank were eligible to vote.
The 4.8 million Palestinians living under Israeli military occupation in East Jerusalem, the West Bank and Gaza did not have voting rights.
There was little fanfare in the days leading up to the vote, with a noticeable absence of campaign posters and public rallies on the streets. With voter fatigue clearly a factor after the inconclusive polls in September and April, turnout could prove to be decisive.

BackPage 1 of 2Next →
In this article:Israel, Polls