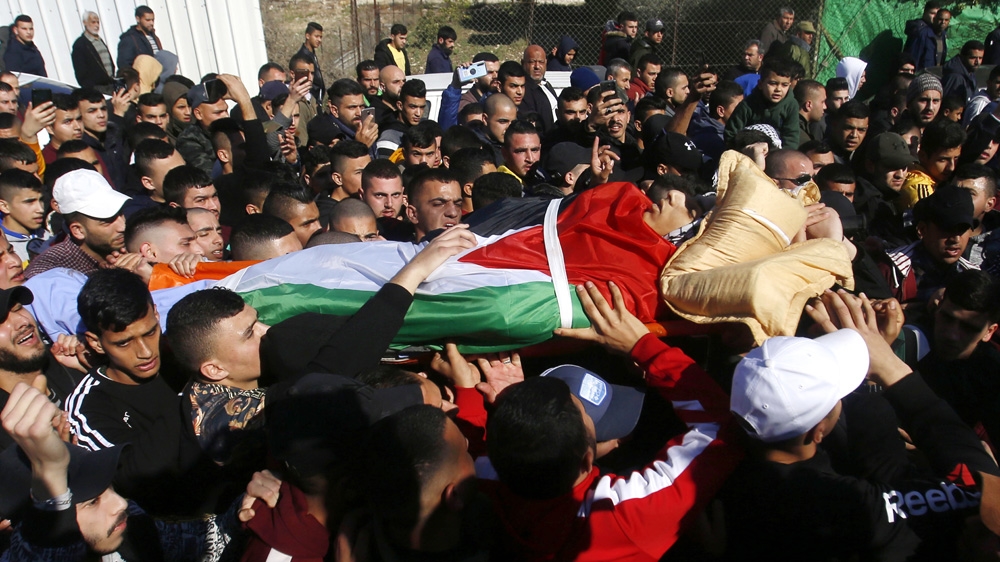 The number of Palestinians killed by Israeli fire over the past 24 hours has risen to at least four, with dozens of others wounded amid heightened tensions in separate areas of the occupied West Bank.
Israeli forces on Thursday shot and killed two Palestinians during a demonstration in Jenin against the demolition of a Palestinian home.
More:

One of those killed was named by official Palestinian news agency WAFA as 19-year-old student Yazan Abu Tabekh. The second was identified as Palestinian policeman Tareq Badwan.
The Israeli army said the raid was to demolish the home of Ahmad Qanba, a Palestinian charged with aiding a Hamas cell in the West Bank.

BackPage 1 of 2Next →
In this article:forces, Israeli