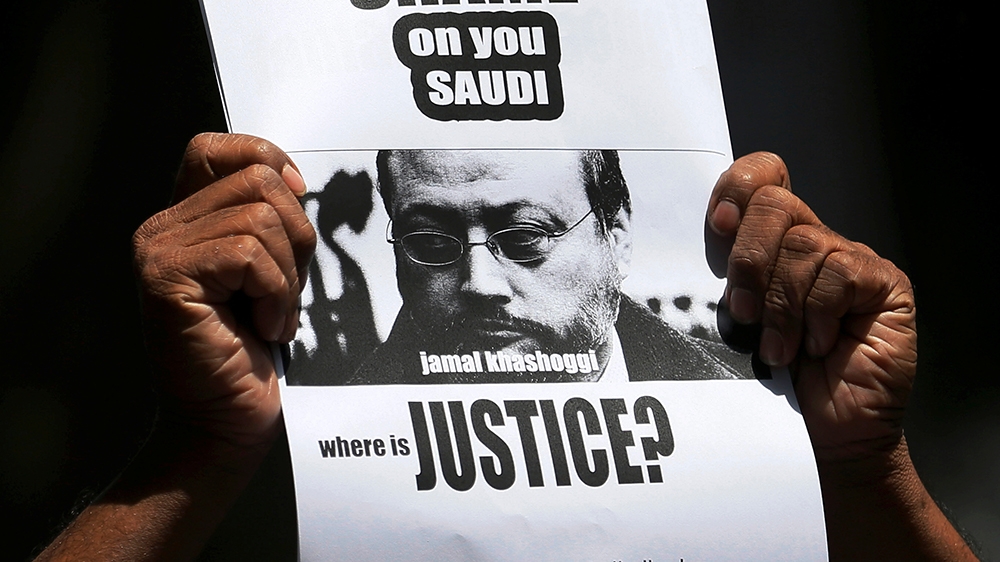 Some Western governments, as well as the CIA, said they believed Prince Salman ordered the killing – an accusation Saudi officials have denied [Dinuka Liyanawatte/Reuters]
The Istanbul prosecutor’s office said it had prepared an indictment against 20 suspects over the killing of Saudi journalist Jamal Khashoggi, including the former deputy head of Saudi Arabia’s general intelligence and a former royal adviser.
Khashoggi’s killing in the Saudi consulate in Istanbul in October 2018 caused a global uproar, tarnishing the image of Saudi Arabia’s de facto ruler Crown Prince Mohammed bin Salman (MBS).
More:

US lawmakers push for release of intelligence on Khashoggi murder

Some Western governments, as well as the CIA, said they believed MBS ordered the killing – an accusation Saudi officials have denied.
The prosecutor’s office said the indictment accuses the former deputy head of Saudi Arabia’s general intelligence, Ahmed al-Asiri, and the former royal court adviser, Saud al-Qahtani, of having “instigated premeditated murder with monstrous intent”.
It accuses 18 others of carrying out the killing of Khashoggi, a US resident and columnist for the Washington Post, the prosecutor’s office said in a statement.
The indictment was based on analysis of mobile phone records of the suspects, records of their entry and exit into Turkey and presence at the consulate, witness statements and analysis of Khashoggi’s phone, laptop and iPad, the statement said.
Saudi Arabia’s media ministry did not immediately respond to a request for comment.
In December, a Saudi court sentenced five people to death and three to jail over Khashoggi’s murder. But a Saudi prosecutor said there was no evidence connecting al-Qahtani to the killing and the court dismissed the charges against al-Asiri.
Al Jazeera’s Sinem Koseoglu, reporting from Istanbul, said no one in Turkey has any idea on why this indictment was announced and a public case opened given the coronavirus pandemic.

Rescuers in war-torn Syria gear up for coronavirus battle