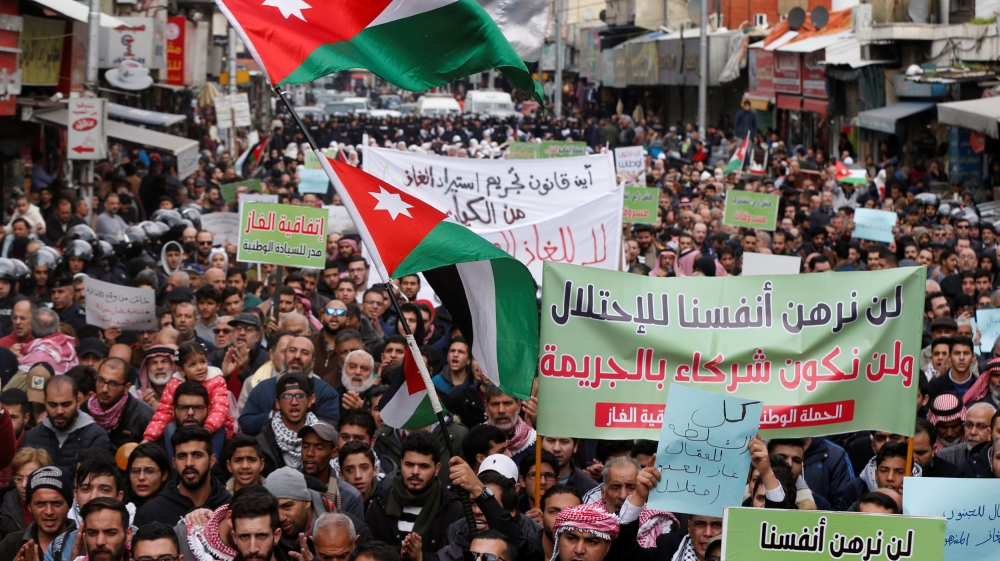 The Parliament of Jordan has approved a draft law to ban imports of Israeli gas just days after they started under a multibillion-dollar deal struck in 2016 that is opposed by much of the population.
The motion was unanimously passed on Sunday by Jordan’s 130 legislators and will be referred to the cabinet to be made law, although legal hurdles may prevent it from coming into force.
The government previously said it was a deal between companies rather than a political matter.
More:

King Hussein of Jordan: Survival of a dynasty

BackPage 1 of 2Next →
In this article:Jordan, parliament