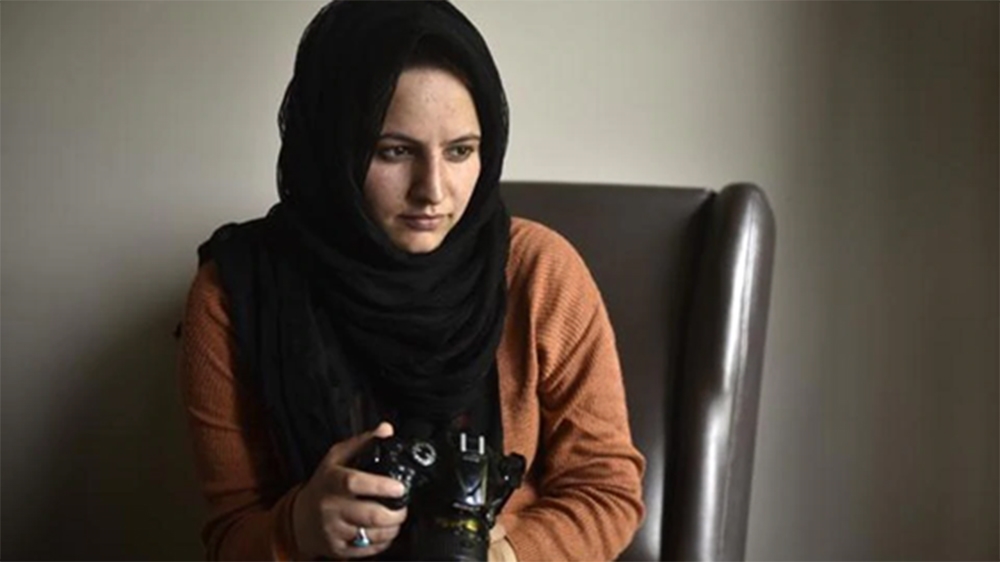 Pulwama, Indian-administered Kashmir – Police in Indian-administered Kashmir have booked a female photojournalist under the stringent Unlawful Activities (Prevention) Act (UAPA) for indulging in “anti-national activities” on social media.
Masrat Zahra, a 26-year-old photojournalist from the region’s main city of Srinagar, is accused of “uploading anti-national posts [on Facebook] with criminal intentions to induce the youth”.
More:

Coronavirus: Kashmiris fear for safety of kin in ‘cramped’ jails

A statement by Srinagar’s Cyber Police Station on Saturday said it received information through “reliable sources that one Facebook user namely ‘Masrat Zahra’ is uploading anti-national posts with criminal intention”.
“The Facebook user is also believed to be uploading photographs which can provoke the public to disturb law and order. The user is also uploading posts that tantamount to glorify the anti-national activities and dent the image of law enforcing agencies besides causing disaffection against the country,” it said.
Police said a first information report (FIR) was filed on Saturday and an investigation is on. She has been summoned before the police on Tuesday.
The UAPA allows the government to proscribe individuals as “terrorists” and empowers the federal National Investigation Agency to probe such cases.
A person charged under the law can be jailed for up to seven years.

Zahra on Monday told Al Jazeera over the telephone that the police and government are trying to “muzzle the voices of journalists in Kashmir”.
“Police has nowhere mentioned that I am a journalist. They have said that I am a Facebook user,” she said.
Zahra said she had been charged for posting her already-published works over the years, calling the allegations “shocking”.
“I have been sharing my archival images which have already been published in different Indian and international organisations on social media for which I’m being booked,” she said.
Zahra’s work has appeared in several publications including The Washington Post, The New Humanitarian, TRT World, Al Jazeera, The Caravan and others.
‘Gags against media’
Meanwhile, journalists from the region have reacted strongly to the charges against Zahra.
In a statement released on Monday, the Kashmir Press Club condemned the charges against her and other journalists from the region, and demanded intervention by India’s Home Minister Amit Shah.
“It is very unfortunate that when the world is in a grip of pandemic and when we need to stand together to combat the COVID-19, police has started filing cases against journalists and harassing them,” it said.
“This is unacceptable for journalists of Kashmir who are well within their rights to seek freedom of expression and speech as guaranteed under the constitution like other parts of the country.”
Kashmiri journalist Gowhar Geelani told Al Jazeera that “invoking stringent provisions of a draconian law” against Zahra “speaks volumes about the gags against media to silence journalists, to control the narratives by use of force, and to contain the Kashmir story with lawlessness”.
Muzamil Jaleel, deputy editor of New Delhi-based The Indian Express newspaper, tweeted that Zahra has “honestly told stories of Kashmir in a four-year career”.
“Invoking UAPA is outrageous. In solidarity with our colleague, we demand FIR withdrawn. Journalism isn’t crime. Intimidation/censorship won’t silence Kashmir’s journalists,” he posted.
Continue Reading…

Protests in Washington, Colorado against US coronavirus curbs