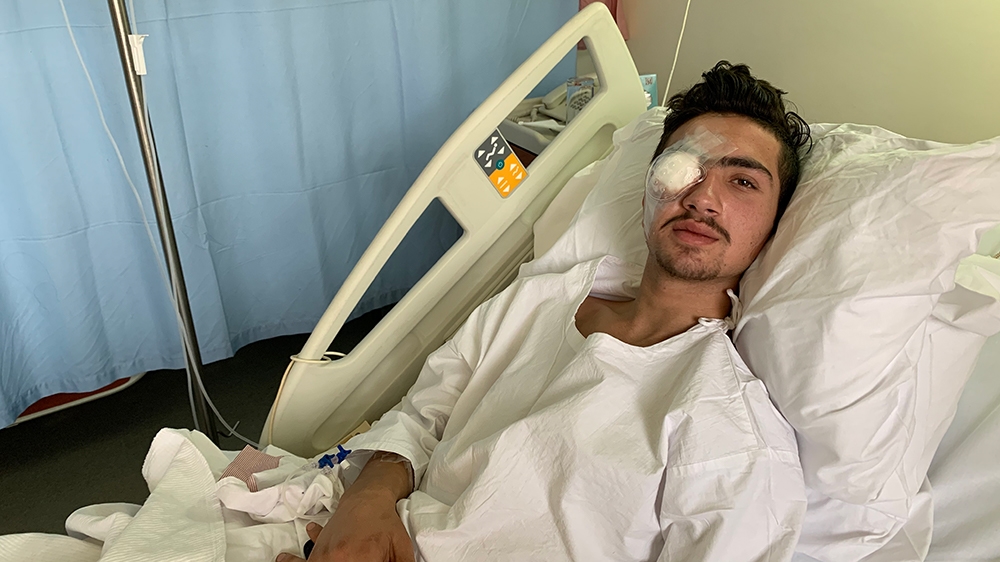 Beirut, Lebanon – When he woke up on Saturday night after surgery, Mahdi al-Burji stared straight ahead and found that the hospital wall was blurry. His vision felt “uncoordinated”, he said.
Earlier that day, the teenager had lost an eye after being struck by a rubber bullet during clashes between anti-government protesters and security forces in Beirut last weekend.
More:

Beirut turns into a battleground as clashes escalate

Two days later, although his left eye remained covered in gauze and a plastic patch, he said he could not wait to return to the streets.
“My eye is not my life, I will still fight,” the 18-year-old told Al Jazeera from his hospital bed.
Burji was one of hundreds of people who were wounded as anti-government rallies turned violent in the Lebanese capital on Saturday and Sunday, the final days of what had been dubbed by protesters as a “week of rage”.
Demonstrators are demanding the formation of a new cabinet led by independent experts to steer the country through its spiralling economic crisis. The country has been led by a caretaker administration with limited powers since Saad Hariri resigned on October 29.

BackPage 1 of 2Next →
In this article:'price, Lebanon