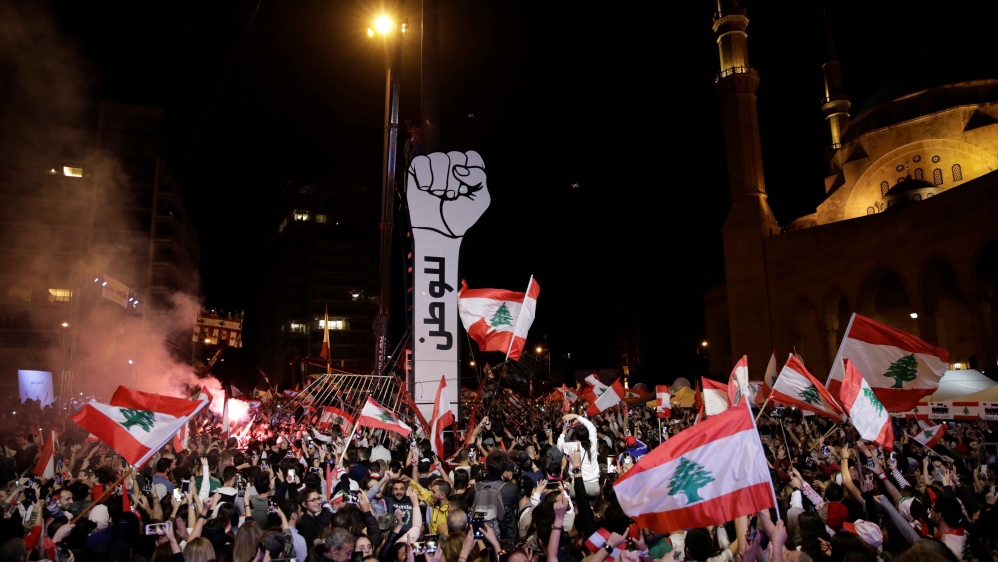 Lebanon has formed a new government, its presidency announced after Hezbollah and its allies clinched a deal on a cabinet that is now tasked with tackling the country’s worst economic crisis in decades.
The country has been without an effective government since caretaker Prime Minister Saad Hariri resigned in October last year under pressure from protests against state corruption and waste – root causes of the crisis.
More:

Lebanon: A lost eye, ‘the price for demanding your rights’

Prime Minister Hassan Diab, a 60-year-old professor at the American University of Beirut, now heads a cabinet of 20 members, mostly specialists backed by political parties.
“I’ve been appointed in the face of many accusations. I wanted to work, not to argue. I have abided by the law informing me to form a government. I followed the rules and regulations to form a new team of ministers,” he said, moments after the lineup was read out at the presidential palace on Tuesday.
“This is a government that represents the aspirations of the demonstrators who have been mobilised nationwide for more than three months,” Diab said.
He pledged that his government “will strive to meet their demands for an independent judiciary, for the recovery of embezzled funds, for the fight against illegal gains”.

“In this decisive moment, I salute the revolution and the uprising that pushed us towards this and Lebanon has become victorious. We will achieve the social cohesion. There will be accountability.”
He added: “This [is a] government that does not aspire to cronyism and favours. None of the members of the government will be standing for the next elections. This government is made up of non-partisan people who are not affected by political wrangling.”
But Diab’s words – and the move to form a new government -failed to satisfy protesters, who have been rallying since October 17.
They have been calling for sweeping reforms and a government led by independent technocrats that could deal with the crippling economic crisis.
The protests, which have mostly been peaceful, turned violent on Saturday and Sunday amid political deadlock and the ever-deepening economic crisis.
Demonstrators, who had called for a “week of rage”, lobbed stones, firecrackers and street signs at riot police, who fired tear gas and rubber-coated bullets to clear a road leading to Parliament.
The escalation saw more than 540 people wounded on the two sides and came as wrangling delayed the formation of a new government.
Al Jazeera’s Zeina Khodr, reporting from the capital Beirut, said people have again taken to the streets and were outside Parliament chanting slogans against the new prime minister and the government.
“What he really tried to do is defend his cabinet lineup, even calling it an exceptional government, saying it meets the aspirations of the people. He even saluted the uprising,” Khodr said.
“People are angry,” she continued. “They have lost faith in the ruling authorities. They believe they should give up power. They should have created an independent cabinet, a small cabinet that can govern the country.”
Protesters on Tuesday chanted “revolution, revolution” and “leave, Michael Aoun”, in reference to the current president.
Some said they would not leave the site until their demands for early elections and a technocrat-led government were met.
Karen Karem, 41, told Al Jazeera: “We are here because they don’t listen. We’re here because our parents lived through civil war and manage on less than $300 a month.”
A 22-year-old, who requested anonymity, said: This new government is the same: thieves came and replaced other thieves. I’m still a student and already know I’ll graduate and not find a job.”
Al Jazeera’s Farah Najjar contributed to this report from Beirut.

BackPage 1 of 2Next →
In this article:announces, Lebanon