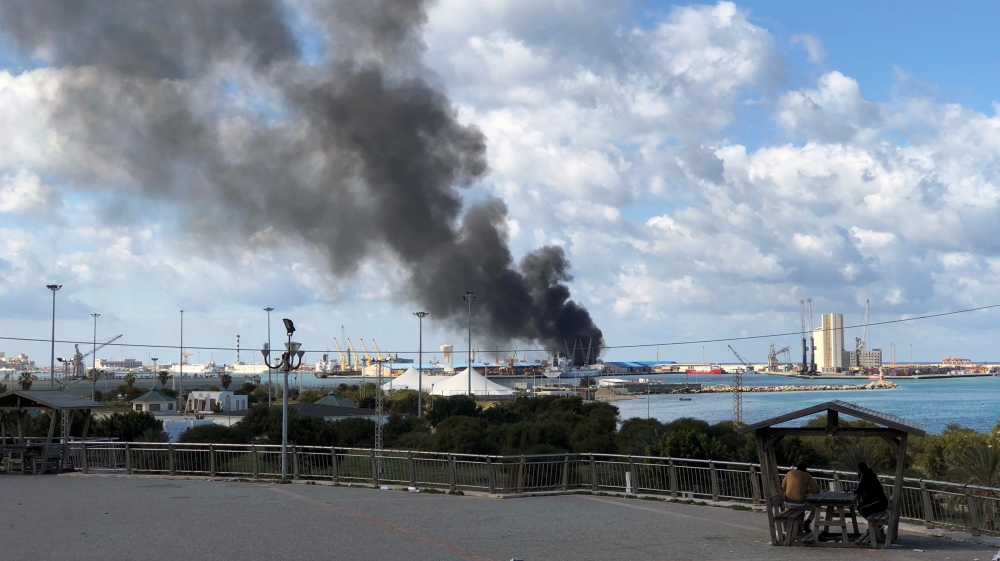 Rebel group the Libyan National Army (LNA) says it bombed a vessel carrying weapons from Turkey in Tripoli’s port, an attack that led the UN-recognised government to call off peace negotiations in Switzerland.
The Tripoli-based Government of National Accord (GNA) pulled out of the talks after a barrage of rocket fire on Tuesday hit the key port in Libya’s capital, the takeover of which has been the goal of a months-long operation by renegade commander Khalifa Haftar and his LNA.
More:

BackPage 1 of 2Next →
In this article:Libya, Tripoli