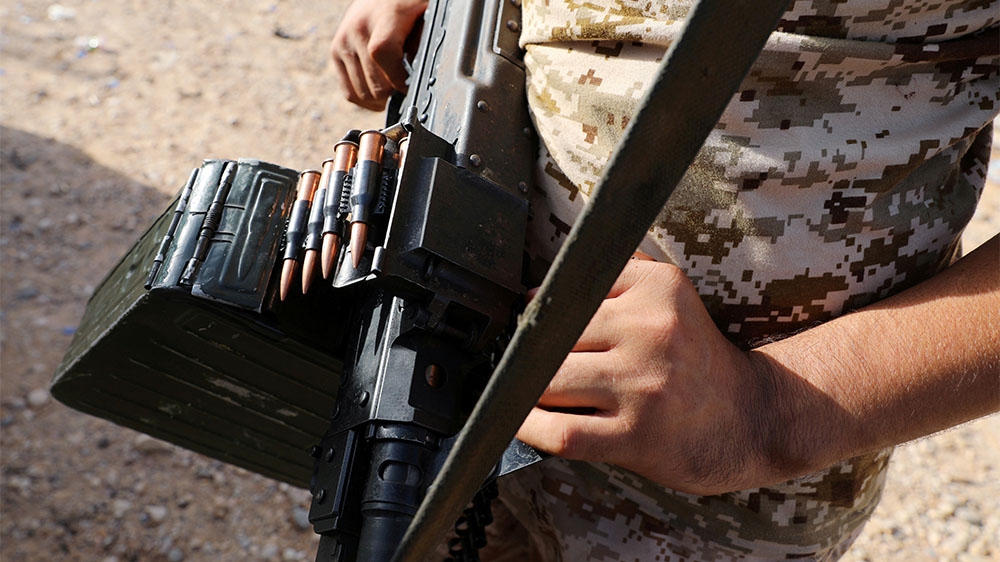 The military of Libya’s internationally-recognised government has been battling forces loyal to renegade commander Khalifa Haftar since April [File: Ismail Zitouny/Reuters]
Fighters in eastern Libya loyal to commander Khalifa Haftar announced on Saturday a ceasefire in the western region, which includes the capital Tripoli, starting 00:01 am on Sunday (22:01 GMT) conditioned on acceptance by their rivals, a spokesman said.
Forces loyal to Haftar have been battling forces aligned with the internationally-recognised Government of National Accord (GNA) since April with the aim of capturing Tripoli.
More:

The LNA on Thursday rebuffed a call by Turkey and Russia for the warring parties to declare a ceasefire amid clashes and air strikes in a conflict drawing increasing foreign involvement and concern.

BackPage 1 of 2Next →
In this article:forces, Libyan