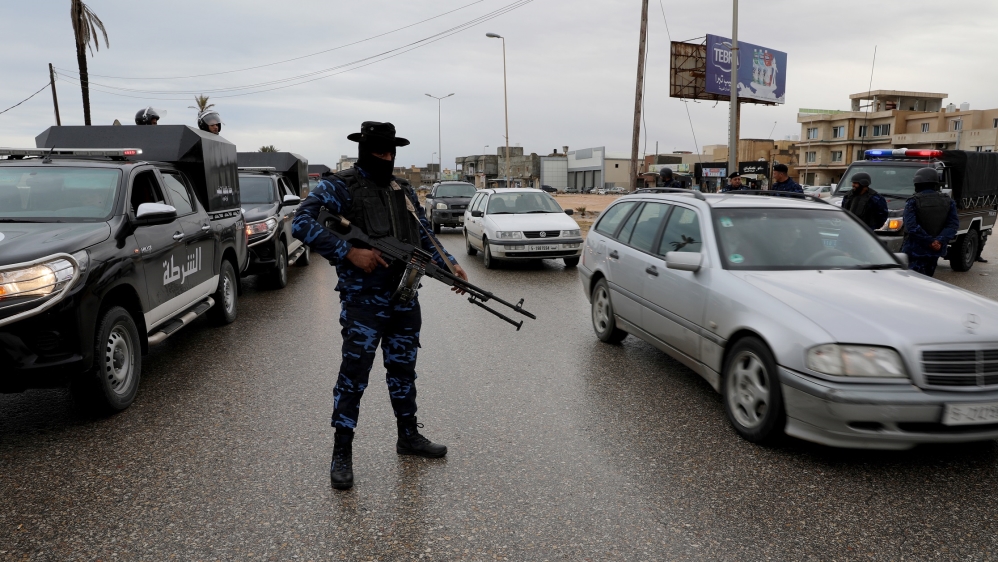 Libya’s warring factions are expected to sign a ceasefire in Moscow later on Monday [File: Ismail Zitouny/Reuters]
The head of Libya’s UN-recognised Government of National Accord (GNA) Fayez al-Sarraj and his rival, strongman Khalifa Haftar, are expected to sign a ceasefire agreement in Moscow on Monday, a senior Libyan official said.
The oil-rich North African country has been wracked by turmoil since long-time leader Muammar Gaddafi was killed in a NATO-backed uprising in 2011, and multiple foreign powers are now involved.
More:

Rival Libya factions accuse each other of ceasefire violations

The GNA in Tripoli has been under attack since last April from forces loyal to Haftar, which on January 6 captured the strategic coastal city of Sirte.

BackPage 1 of 2Next →
In this article:Libyan, rivals