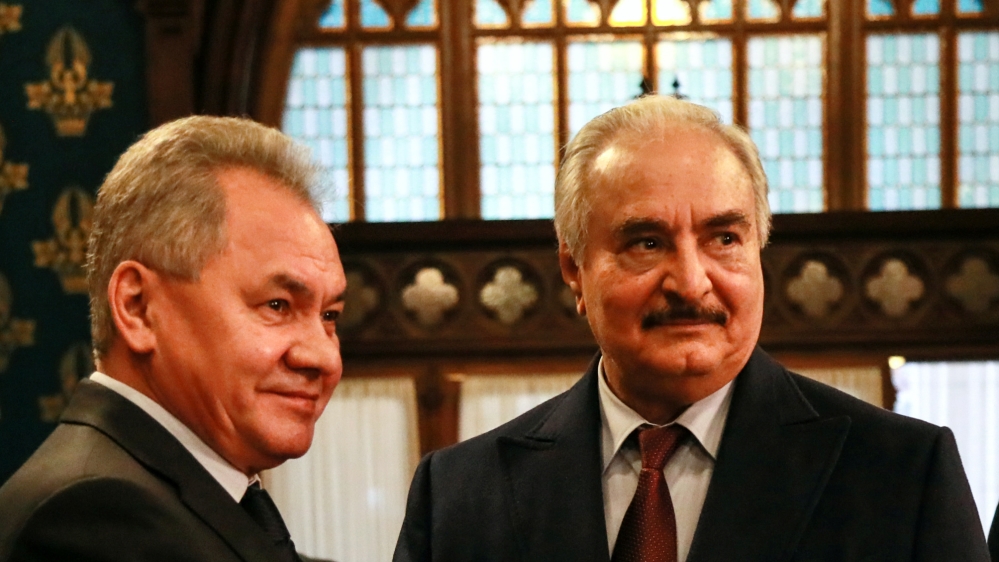 Libya’s renegade military commander Khalifa Haftar has left Moscow without signing an agreement that would have formalised a tentative ceasefire in the war-wracked country, according to Russia’s foreign ministry.
After hours of negotiations brokered by Russia and Turkey, Haftar on Monday evening asked until Tuesday morning to look over the agreement already signed by Fayez al-Sarraj, the head of the United Nations-recognised Government of National Accord (GNA).
More:

Libya’s war: Who is supporting whom

BackPage 1 of 2Next →
In this article:Haftar, Libya's